Book Review: “The Summer I Wasn’t Me” 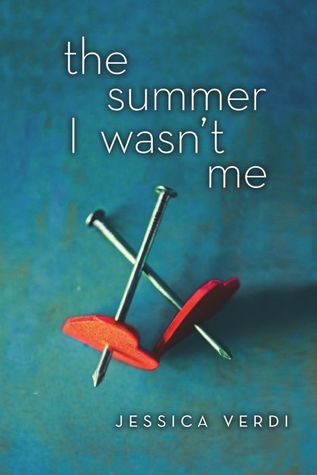 The Summer I Wasn’t Me
Jessica Verdi
Sourceboks
$9.99

Seventeen-year-old Lexi Hamilton would do anything to bring her mom back. After her dad’s death some months back, her mother disappeared into her grief, and now, having discovered Lexi is gay, she is devastated.

She sends Lexi to their pastor, who tells her of a young man who went to a place that “fixed” him. Filled with remorse, Lexi agrees to spend eight weeks being “degayified” at the fundamentalist New Horizons Reparative Therapy Summer Program just outside Washington, D.C. At what cost, Lexi wonders. To her horror, she learns the monetary cost alone is $9,500.

Author Verdi immerses the reader in campers’ daily routine; the obligatory uniforms and crosses they must wear, the Bible reading and prayers, the conversations and conflicts within Lexi’s particular assigned group of four. There’s beautiful, distant Carolyn, to whom Lexi is immediately drawn; Daniel, who desperately wants to change (“I don’t want these feelings, I want God to take them away…Because I’m a Christian”); and unrepentant Matthew, who has a boyfriend back home.

At the helm of New Horizons is Mr. Martin, who shares with the campers that he himself has struggled with–and overcome–his SSA (same-sex attraction) urges, and that they will, too. He spends the summer days putting the campers through harrowing public exercises, in one of which each must identify his or her “Father Wound.” Matthew is told his wound and SSA stem from liking musicals as a child, while Lexi was turned gay because her mother “dressed like a man” (i.e., wore slacks) and “shared head of household duties” with her dad.

Lexi and Carolyn begin to communicate through Lexi’s copy of The Great Gatsby, writing notes in the margins, passing it back and forth in secret. Matthew notices Lexi’s attraction, and when their group is taken on a chaperoned visit to Washington DC, he connives to have the girls spend the day alone together. Lexi summons the nerve to speak her feelings, but is crushed by Carolyn’s cold response. When they return, Matthew is in deep trouble. Lexi overhears a troubling exchange between the boy and Mr. Martin during which Matthew attacks the man, an encounter which explodes later with Martin’s shocking–and criminal–revenge.

Verdi handles the youngsters’ conflicting emotions and dialogue with insight and humor. The varied characters are sympathetic, Lexi is sharp and learning to be herself as her eyes are opened to the hypocrisy and abuse by which she and her friends are being manipulated.

Verdi’s message is clear: For adults to tell any youngsters just beginning to experience sexual feelings for another person—of whatever gender—that they are sinful, dirty, and damned, is in itself a sin.

The Summer I Wasn’t Me offers both an exciting read, and a sane, solid reference for kids in this difficult and changing time in their lives. As Lexi and her mother learn, you are you, complete as you were made, and do not need “fixing.”