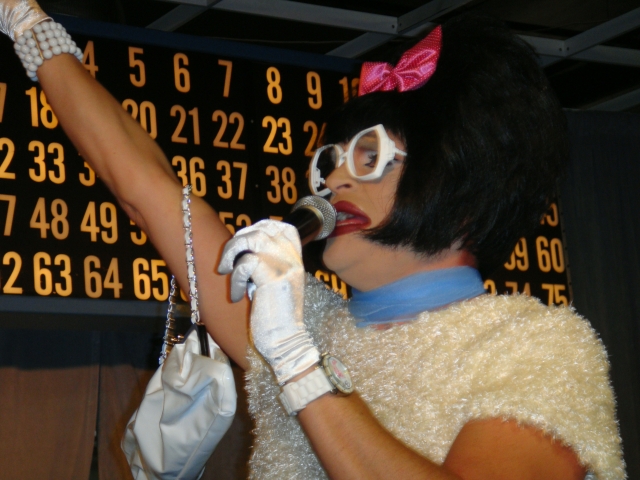 What started out as a small 500 person gathering in a tiny church basement has now turned into the best bingo event in town! Bingo A-GoGo will be celebrating ten years of Bingo at Birthday Party Bingo on October 20 at the Hyatt Regency Hotel.

Shannon Regan, known as one of the “Bingo Babes” says Bingo A-GoGo started because “we wanted to bring people together in a nice setting where people can have fun and know they’re helping organizations.” The event keeps growing, with over 1,000 people expected on October 20, and Regan notes that a larger space may be needed in the future. Regan says, “Who would have thought we’d be around for ten years? We certainly didn’t.” But they’re still here, bigger and better than ever.

Hosted by Miss Richfield 1981 and including the talents of several other hilarious entertainers, this bingo event can’t be missed! The ticket sales benefit Park House, a structured mental health and day program serving the HIV/AIDS community, and Twin Cities Gay Men’s Chorus. Attendees are encouraged to “dress as their favorite party theme.”

Tickets are available for $35 in advance and $40 at the door. For more information, go to www.bingoagogo.com