At-Large: The Power of Arts Learning 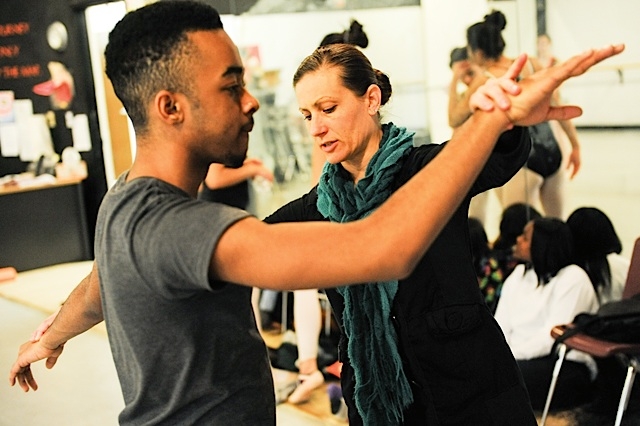 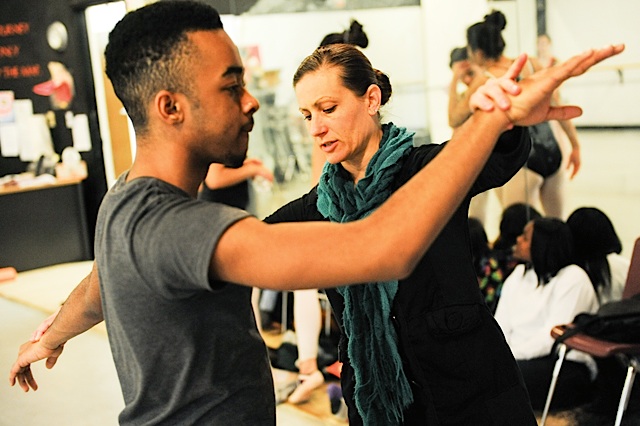 Main Street School of Performing Arts was a home for me and so many other students looking for a place to be themselves. Having recently returned to help out in their outreach and development office, I’ve had the pleasure of reaching out to other alumni to hear how the school has impacted their adult lives.

While plenty of students have graduated from MSSPA and gone on to successfully work in a creative field, the impact of an arts learning environment goes deeper than the development of performing arts techniques alone. For alum Laura Mogilevsky it sparked an interest in thinking globally, “MSSPA played a huge role in my decision to major in anthropology at Knox College. My favorite class at Main Street, world dance, shed some light onto the ways in which dance has influenced various cultures and religions that are spread throughout the world and, more importantly, turned my love for dance into more than a hobby.”

Another Main Street alum, Ella Beaudoin, was awarded a fellowship in Research Experience for Undergraduates, a research opportunity funded by the National Science Foundation supporting research of damage to million-year-old stone tools at an excavation site in South Africa. When asked about how arts learning has influenced the work that she does, Beaudoin shared, “I honestly don’t think that I would have ever been able to do everything that I have done without my theater background. Being involved in theater taught me not only how to juggle a million things all at once, but also the importance of reliability and dependability. Another thing theater showed me is that you cannot operate as a singular unit. It takes so many people supporting one another to get anywhere and all that theater training has been amazingly useful for conferences and presentations!”

What I tend to hear a lot, a real misconception about performing arts high schools, is that academic rigor must not be as strongly valued as in a “normal” school, but for alumni like Mogilevsky and Beaudoin, the arts focus provided a gateway to think globally, and sparked an interest in what happen to be very academically competitive fields. In fact, MSSPA offers a plethora of AP courses and many students have gone on to attend prestigious colleges like NYU, Berkeley, Ithaca, and Loyola. 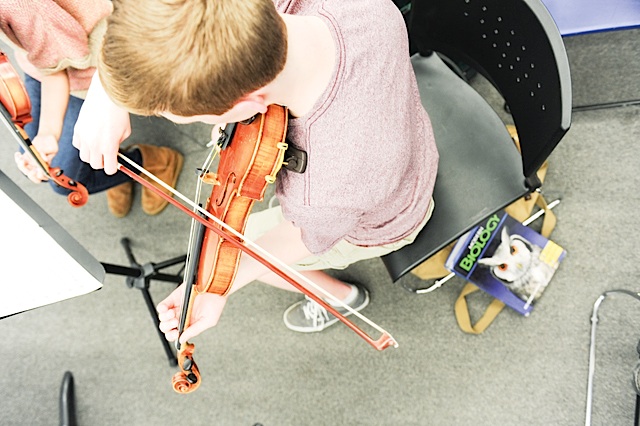 Then there are people like Paige Klone. This class of 2007 alum recently attended the Golden Globes for her work as an executive assistant to the producer of Mozart in the Jungle, which took home the win for Best Television Series – Musical or Comedy. That producer happened to be Jason Schwartzman, her latest employer in Los Angeles, where she has lived since 2012. Klone relocated to Hollywood after finishing her undergrad in writing and producing for television at Columbia Chicago. Klone has also worked closely with Jamie Kennedy and David Koechner, assisting with life as well as their television and film projects. In addition to assisting on A-list film sets, Klone continues to write and produce her own projects. With a career that requires exemplary creativity, stamina, and resilience, Klone credits Main Street for her drive. As she shared, “Going to a performing arts high school taught me that the more you put into something, the more you get out of it. To create something consistently every single day, bad or good, because the more you create, the more you’ll learn.”

“Main Street helped me be a well-rounded artist. Not only did I learn critical skills within my discipline, but I also absorbed so many things that I never thought I would need to know,” shared 2008 MSSPA grad, James Ellington, who has been working between New York City and Los Angeles. Since graduating, this busy alum founded the NYC Artist collective RVDIOVCTIVE, worked as marketing director for Dubspot Electronic Music School, and even worked as a music producer for a video game project with Disney and Xbox.

Ellington credits Main Street for the opportunity to explore: “MSSPA helped prepare me to be a professional in the arts. It cut years off of the learning curve and by the time I left high school, I was ready to get to work. It gave me valuable experience that may have taken years of trial and error to achieve. Additionally, it helped me solidify a direction. I didn’t leave MSSPA knowing everything, but I left knowing what I needed to learn, and what next steps to take…you can try out different things and learn about who you are as an artist in a supportive environment. Equally as important is the mentorship; too often in the arts people are alone in their endeavors, working without the honest feedback and criticism they need to grow. To have teachers investing in your growth by teaching and guiding you is unbelievably valuable. I was pushed to do things that I never thought I could do, and was given honest feedback that may have hurt my ego at the time, but was critical for me in the long run.”

I would not say that I am well read enough to speak volumes on education reform, but from where I’m standing, the charter model is gold and gave Main Street the agency to develop self-starting young adults to incredible results. This article may read like a shameless promotion of my alma mater, but in all honesty, this school, my home, is struggling to keep enrollment up and I’ll be damned if I don’t do everything I can to spread the word on the little school that could, and can, and should for years to come. Keeping a tuition-free charter school healthy and alive is no easy task. It takes lots of support from the community. Main Street School of Performing Arts is going into their 14th year and if these alumni are any indication, the future is looking bright.