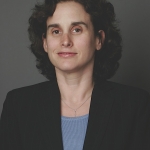 By Susan Sommer, Director of Constitutional Litigation for Lambda Legal

I’m a married U.S. Army veteran and living in Arkansas. We’re wondering about spousal benefits for same-sex partners.  I thought my partner wasn’t eligible but have heard that things are changing, is that true?

In June of 2013, the Supreme Court of the United States struck down section 3 of the so-called Defense of Marriage Act (DOMA), providing federal recognition and benefits to same-sex couples that get married in states that have the freedom to marry. Veterans have unfortunately been denied these new rights when it comes to spousal benefits, even if they are legally married, if they live in a state that still has a discriminatory marriage ban in place. Arkansas (for now) is still one of those states with a ban on marriage for same-sex couples.

Veteran’s spousal benefits are critical to a military family’s stability and peace of mind. These benefits include spousal disability compensation, death pension benefits, home loan guarantees, and the right to be buried together in national cemeteries. The fact that a veteran in Oklahoma can access these benefits while just across the border in Arkansas a similarly situated veteran cannot is clearly unfair and unconstitutional under the equal protection clause. By telling veterans that if they want spousal benefits for their legal spouses, they must uproot their lives and move, the government is placing an unfair burden on these couples and families.

The U.S. Department of Veteran’s Affairs (VA) is the federal agency that oversees these benefits. Many federal agencies have already acted on the Windsor ruling by using a place-of-celebration standard rather than a place-of-domicile standard to determine marital status. In other words, if a same-sex couple gets married in a state where such marriage is legal, then they are married for purposes of federal benefits. Unfortunately, the VA uses the place-of-domicile standard, which penalizes legally married same-sex couples simply because of where they live..

Lambda Legal is working to change this. In August of 2014, we filed suit against the Secretary of Veterans Affairs on behalf of the American Military Partner Association (AMPA) arguing that this denial of benefits to same-sex spouses of veterans is in violation of the U.S. Supreme Court’s decision striking down DOMA. The decision in Windsor specifically flagged as unconstitutional the deprivation of veterans benefits to same-sex spouses. The VA should not rely on discriminatory state marriage bans that have been declared unconstitutional by federal courts far and wide throughout the country as the basis to deny these spousal benefits now. Having weathered the federal government’s past, longstanding discrimination against them, lesbian and gay veterans should not be deprived of equal rights and earned benefits by the government they served and the nation for which they sacrificed.

If you have any questions, or feel you have been discriminated against because of your sexual orientation or gender identity, contact Lambda Legal’s Help Desk 1-866-542-8336 or http://www.lambdalegal.org/help