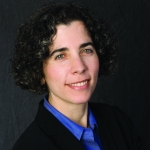 Q: I’ve been reading about the Supreme Court stopping marriages in Utah. How serious is the problem?

A: The joyful celebration of weddings in Utah screeched to a halt earlier this month, as directed by the U.S. Supreme Court, pending resolution of the state government’s appeal. The groundswell of families seeking marriage licenses and celebrating their longstanding love and newfound security, has stopped until further notice—and it means that some families won’t ever know what it means to be married.

The situation is a cruel blow to those who desire to marry now. Thankfully, the marriages of those who are already married, pursuant to a perfectly valid court order, are valid unless a specific court says otherwise.

Until Lambda Legal’s victory in New Jersey mere weeks ago, these legal “stays” pending the ultimate ruling in marriage equality cases were routine. They were routine, but we argued that they weren’t right—and we finally won the point.

After June 2013 when the U.S. Supreme Court struck down the part of the so-called Defense of Marriage Act that had barred same-sex couples from receiving federal marital benefits, the examples of inequality were mounting day by day: for example, married couples could take medical leave to care for each other and their children, they had the right to be placed together rather than separated in nursing facilities under Medicare, and they could extend marriage-linked immigration benefits to spouses and spouses’ relatives.

The Court dug in and analyzed the arguments and was seriously grappling with the impact of delays along the way to our ultimate wins. The New Jersey high court denied a stay—unanimously. And in Utah, the trial court and federal appeals court refused to stay marriages, as well.

Tragically, the Supreme Court’s decision means some people in Utah will never marry. As the New Jersey Supreme Court acknowledged, “Plaintiffs highlight a stark example to demonstrate the point: if a civil-union partner passes away while a stay is in place, his or her surviving partner and any children will forever be denied federal marital protections.”

Lambda Legal recently won expedited marriages for all Illinois same-sex couples who, because of a life-threatening illness, cannot wait until next summer to get married when the state’s new marriage equality law goes into effect. And of course we know that in Utah, also, there are couples who face similar circumstances, and may not get to experience the joy of marriage and the security that comes with it. While the Utah case seems to be moving very quickly, tragically for some, it won’t move quickly enough.

If you have any questions, or feel you have been discriminated against because of your gender identity, sexual orientation, or HIV status, contact Lambda Legal’s Help Desk at 1-866-542-8336, or see http://lambdalegal.org/help