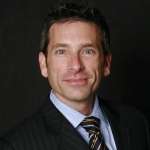 Q: I’m a person living with HIV in Kentucky and receive assistance to pay for my health insurance through the Ryan White HIV/AIDS program. I heard that there were problems getting insurance companies to accept such payments; am I going to have similar problems here in Kentucky?

A: The Ryan White HIV/AIDS Program is a federal program designed to help lower income people with HIV pay for their insurance premiums. This program is very important and sometimes absolutely vital, since it helps thousands of people across the country get the coverage they need to pay for medical treatment for HIV. And, as a result of some advocacy done by Lambda Legal and others, private insurers all across the country are still required to accept these payments.

In January, John East, a New Orleans resident, learned that BlueCross BlueShield (BCBS) of Louisiana intended no longer to accept the federal dollars that had helped pay for his health insurance.. East has been with BCBS since 1985, paying the ever-increasing premiums himself until 2009, when he lost his job and . Thankfully, he enrolled in the Ryan White program.

But in January, when BCBS indicated it would stop accepting payments from any third party, John was afraid he might suddenly stop getting his HIV meds and other important medical care. The threat that he may be dropped from the BCBS insurance rolls was quite alarming to Mr. East. BCBS argued it needed to stop accepting all third-party payments to diminish the risk of fraud, even though federal guidelines noted that insurers should continue accepting Ryan White funds.

Lambda Legal stepped in, sending BCBS a letter urging it not to change its policy and then by filing complaints with the U.S. Department of Health and Human Services against BCBS and two other Louisiana insurers making similar claims. When this didn’t work, Lambda Legal filed a federal class action lawsuit against all three insurers on behalf of East and other lower-income Louisianans living with HIV.

Days later, the U.S. District Court issued an emergency order requiring the insurers to continuing accepting the Ryan White payments. Shortly thereafter, the insurers said they would take the payments through the end of the year. Finally, the federal government subsequently issued a regulation requiring that insurers nationwide continue to accept the payments.

Accepting payments from the Ryan White HIV/AIDS Program should no longer cause a problem anywhere in the U.S.  Thankfully, under the Affordable Care Act—with its strong protections against discrimination and elimination of the pre-existing condition exclusion—insurers are not permitted to exclude people living with HIV through direct or indirect means like claims of “fraud risk.”

If you have any questions, or feel you have been discriminated against because of your gender, sexual orientation, or HIV status, contact Lambda Legal’s Help Desk at 1-866-542-8336, or see http://lambdalegal.org/help