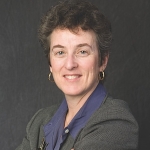 Q: I was reading about a bakery that didn’t want to make a wedding cake for a gay couple because it goes against the baker’s religion. Can’t the couple just go somewhere else?

A: Private businesses, such as bakeries and grocery stores that offer goods to the public, are usually bound by public accommodation laws. These laws say that a business that is open to the public must be open to everyone, regardless of whether the business owner or employees approve of who each customer is. This is an important protection against discrimination because the law treats bakeries, groceries and other stores – businesses operating to make profits – differently from churches and other organizations that exist for religious purposes. If a bakery, store or restaurant were allowed to turn away gay people, it would open the floodgates to all kinds of discrimination against many different groups in all kinds of business settings, not just gay people.

For example, medical clinics often are private businesses. What if a for-profit clinic decided for religious reasons not to care for a pregnant woman because she isn’t married? Or, if a landlord believes that men should be the head of the household and refuses to rent to single mothers?  Freedom of religion is already firmly protected by the state and federal constitutions.  But that freedom does not give any of us the right to discriminate against others when operating a business.

But that is exactly what many lawmakers across the country are attempting to allow. Last year saw numerous bills in state legislatures aiming to expand religious rights to ignore laws. Fortunately, in Arizona, Idaho, Kansas, South Dakota, and Tennessee those efforts were dropped or stopped.  However, the movement pushing these bills continues: Indiana is currently considering this type of legislation, and it illustrates why we’re worried.  The intention to facilitate discrimination against gay and transgender people is all too clear.  But, the bill also threatens to encourage a broad range of other harms because, in other states with this kind of law, individuals have argued that non-discrimination laws, child abuse laws, and domestic violence laws don’t apply to them if they have a religious objection.

But now, in Indiana and other states, “discrimination as religion” bills again are trying to provide a “freedom to discriminate” using freedom of religion as a misleading excuse, and we must remain vigilant to ensure that these harmful bills do not become law.

If you have questions or feel that you have been discriminated against based on your sexual orientation, gender identity or HIV status, please contact our Legal Help Desk http://www.lambdalegal.org/help