Against the Amendment: Paul Melchert, M.D. 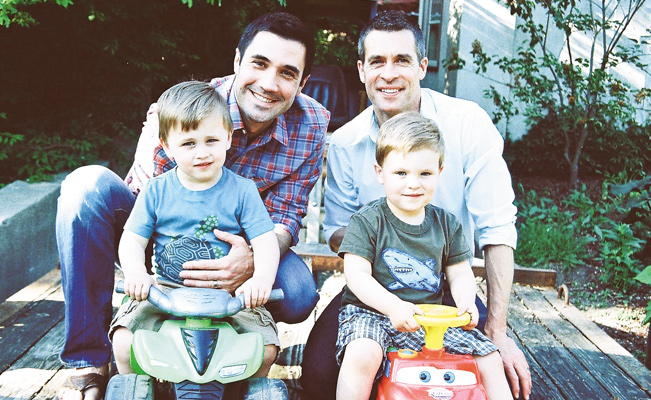 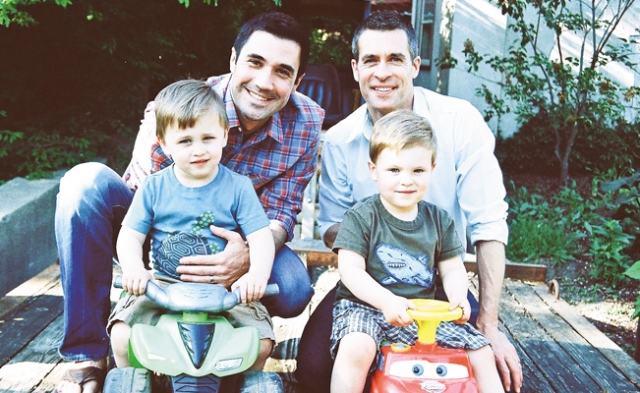 Dr. Paul Melchert is a pediatric physician who cares exclusively for hospitalized patients. He was formerly a pediatrician with Children’s Hospitals and Clinics of Minnesota. An alumnus of the University of Minnesota and St. Olaf College, his professional interests include: LGBT families, children with special healthcare needs and premature infants. Paul and his husband James are raising twin three-year-old boys who started preschool this month.

LM: How has your work shaped your beliefs about the proposed amendment?
PM: I am a member of the American Academy of Pediatrics. The AAP is a national organization with over 60,000 pediatricians as members. We are committed to attaining the best physical, mental, social health and wellbeing for all children, from infants to young adults. Academy members are proud to provide the same excellent medical care to all families, regardless of their backgrounds. We believe all families are entitled to respect. It is disappointing to hear claims that people from different families are not worthy of equal respect, equal love and equal laws. From my perspective, it is clear that the proposed marriage amendment threatens children’s access to health insurance and health services. That is a perspective shared by the Minnesota Chapter of the American Academy of Pediatrics. In August, they unanimously voted to join the Minnesotans United for All Families coalition.

LM: There is a lot of science that proves a parent’s sexual orientation is inconsequential with regard to raising healthy and successful children. What would you say to a person who still thinks only a heterosexual couple can raise healthy children?
PM: Children watch how we interact with each other. They learn respect and tolerance from watching us respect and be tolerant of others. They learn how to disrespect and bully others from watching us disrespect and bully others. There is substantial evidence, supported by the leading medical organizations in the country, including the American Academy of Pediatrics, the American Academy of Family Physicians, the American Psychological Association, and the American Medical Association, which demonstrates that children who are raised in same-sex households turn out just as well – in all areas – as those raised by heterosexual parents. In fact, children raised by same-sex parents tend to be more nurturing toward younger children and tolerate higher levels of diversity.

LM: What actions have you taken to defeat the proposed amendment?
PM: Last year, I testified before the State Senate and House Judiciary Hearing Committees against the amendment. I have also volunteered by participating in phone banks in the Minneapolis office. The phone-banks have been calling voters to have conversations with them about voting no. I talk to my neighbors, relatives and friends all the time to make sure they know the importance of voting no and encourage them to talk to their neighbors, relatives and friends. I asked my parents to put a yard sign out in Chaska. They were a bit reluctant at first, but I got a text message from them asking for another because their next-door neighbor wanted one.

LM: Based on your experience, how should Minnesota promote stronger and healthier families?
PM: The proposed marriage amendment strengthens no families. We should focus on policies that actually strengthen all families. An example would be improved access to and affordability of excellent healthcare for all children. Another would be eliminating the existing achievement gap in our education system and increasing access to pre-K programs. The AAP has identified that there is a strong link between the health and well being of children and the support and encouragement of all parents and strong family relationships.