Against the Amendment: Gia Vitali 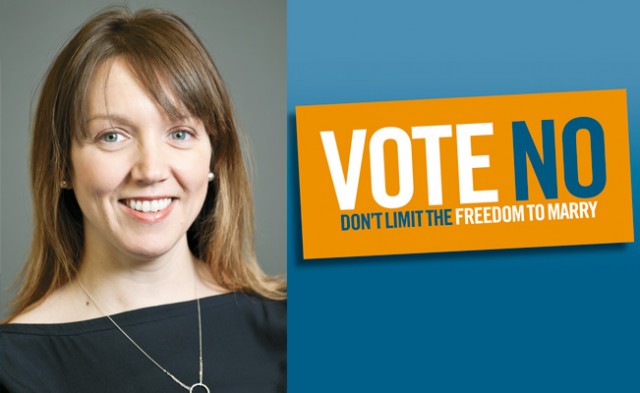 Photo courtesy of Minnesotans United for All Families.

Photo courtesy of Minnesotans United for All Families.

LM: Twin Cities Pride is a huge event for GLBT Minnesotans. What will Minnesotans United for All Families be doing as a part of the festival?

GV: We’re planning to have a huge presence at the Twin Cities Pride Festival! You’ll see our bright orange VOTE NO t-shirts and stickers everywhere. In a way, this is the unofficial “start” of our campaign. One of the biggest tasks that we all have ahead of us is making sure Minnesotans know, first and foremost, that this amendment is even on the ballot, and then secondly, to make sure people know that if they support marriage for same-sex couples, they need to Vote NO in November.

You’ll see us in the parade at Pride, and we’ll also have a big tent in the Green section of Loring Park. There, you’ll be able to sign up to volunteer, donate, get your Vote NO t-shirts, buttons, stickers and lawn signs, and be a part of a really unique project that will highlight thousands of real Minnesotans voting no! Additionally, there will be hundreds of Minnesotans United volunteers around the park all weekend ready to answer your questions and help you get involved.

LM: I understand a lot of the organizations at Twin Cities Pride are coalition members of Minnesotans United for All Families. What does that mean, and how are they helping your campaign?

GV: Yes, many of the groups at Pride are working with us to defeat this amendment. Joining our coalition means that you agree that marriage is about love, commitment, and responsibility—and that no committed couple, gay or straight, should be permanently excluded from marriage. Joining our coalition also means that you are taking a public stance against the freedom-limiting marriage amendment in November.

You’ll see our coalition members noted in the Pride Guide with an asterisk, and many of them will be featuring our logo and a Vote NO message at their own booths. What we’ve really been seeing this year is an overwhelming surge of people and organizations coming to us from diverse backgrounds and asking what they can do to help make sure this amendment is defeated, and Pride is a fantastic way for them to do that.

LM: What does the Twin Cities Pride Festival mean to Minnesotans United for All Families?

GV: Our campaign is really about one very simple truth: Nothing says family like marriage, and no committed couple should be constitutionally banned from marriage. Pride is just one example of showcasing the huge diversity of people and families who make Minnesota great, and we’re excited to be there and celebrate with everyone!

But beyond that, Pride is an incredible opportunity for our campaign to bring our important message to a huge audience. Hundreds of thousands of Minnesotans will be gathered in one place for a whole weekend. That’s a chance for us to really have important conversations with thousands of people about this amendment, and why it’s so vitally important for them to talk to everyone in their life about why defeating this amendment matters to them.

LM: Anything else you want people to know before they head to the Pride Festival?

GV: Check out www.mnunited.org/pride for more details about where we’ll be and what we’ll be doing all weekend. If you’re planning on attending the parade, get there a little early. We’ve got a pretty exciting surprise planned for that morning!