Against the Amendment: Ellie Bjorklund 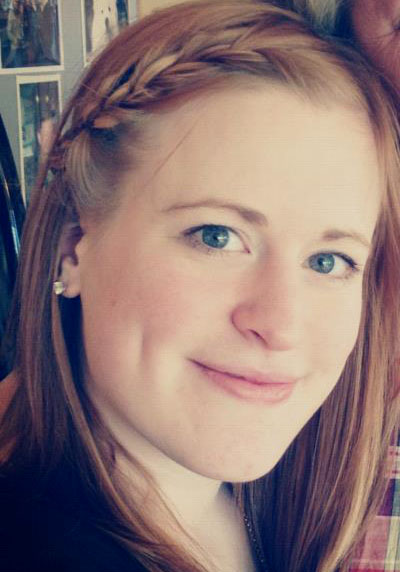 What is the role of a venue like First Avenue in the music industry and what is your history in Minnesota?

First Avenue has always focused on bringing people together through music. Because of our central location in downtown Minneapolis, we’ve been able to promote a strong music culture and community in the Twin Cities, across the state, and throughout the Midwest. And for the 42 years we’ve been open, we’ve become more than just a music venue, but a home to that community of music lovers and musicians alike.

Why was it important for First Avenue to take a stand on the amendment?

As a business that caters to a huge variety of people, we want everyone to feel welcome here. This has been a wonderful opportunity to ensure that people are not only aware of our inclusive environment, but also of our commitment of defeating this hurtful amendment.

What have you been hearing from your staff about this amendment?

This is an important issue to many of us personally, as we feel strongly about supporting the freedom to marry, equality, and human rights. We have a staff comprised of very compassionate people and our involvement in this campaign reflects their spirit and commitment.

The music business, along with other arts organizations, is driven by creativity and passion. Our passion at First Avenue extends beyond live music to the wider community we serve. This is the case for many arts-based groups and it’s great to see so many of them banding together to defeat the amendment that would limit the freedom to marry for committed, same-sex couples in Minnesota. 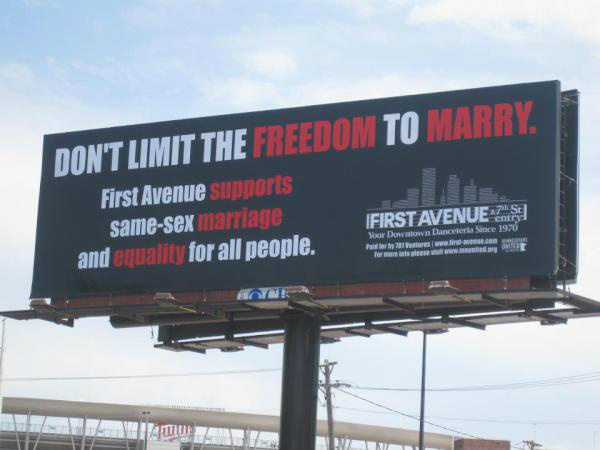 Recently First Avenue unveiled a new billboard opposing the marriage amendment. What has the reaction from the community been?

In late June, we released the following statement via a billboard near downtown Minneapolis: “Don’t limit the freedom to marry. First Avenue supports same-sex marriage and equality for all people.”

The response has been overwhelmingly positive. It’s been especially successful online, with thousands of Facebook likes and re-posts, tweets, and appreciative and supportive comments. We hope that this effort brings awareness to this amendment, the importance of its defeat, and inspires others to action.