Against the Amendment: Eileen Scallen 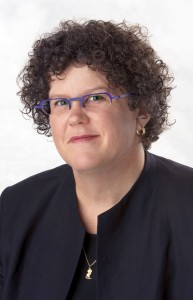 Q&A with Eileen A. Scallen, Professor of Law, William Mitchell College of Law

“We serve the law. We teach it, study it, practice it, and work to make it just. This is our mission.” – Mission Statement of William Mitchell College of Law

Could you explain the mission of William Mitchell College of Law?

When I was asked to help draft a mission statement for William Mitchell several years ago, I was dubious about the practical value of a statement.  But I was wrong.  In adopting the mission statement, our Faculty and Board of Trustees committed the College to serving the law. We vowed to be leaders – through our teaching, our scholarship, and our public service. When we promised to work to make the law “just,” we deliberately chose not to limit ourselves to one political, religious, economic, or philosophical definition of “justice” because our Faculty, Board, staff and students represent a diverse range of guiding backgrounds and values. We believe that this diversity strengthens us at William Mitchell.  We are united in our goal to make the law more just, while accepting that – because of our diversity – we may sometimes disagree about what “justice” means. We think that makes a stronger law school and better public servants and leaders.

Why did William Mitchell Faculty decide to come out in public opposition to the amendment that would limit the freedom to marry for same-sex couples in Minnesota?

Our position reflects a few principles. First, the proposed amendment directly affects people who study and work at William Mitchell, undermining the school’s policy of nondiscrimination, and damaging our ability to be the excellent law school we are.  Second, we pointed to the mission stating that we serve the law – in teaching and studying about law. We promised we would, as an institution, “work to make [the law] just.” We pointed out that this proposed amendment was unjust under any definition of the term because it uses a popular, majority vote to restrict the rights of a specific and historically unpopular minority. The proposed amendment uses a popular vote to short-circuit the ability of the legislative and judicial branches to use their separate and independent constitutional powers address or remedy inequality. We argued that if ever a Faculty of Law was called upon to teach and serve the law, it is now.  We needed to stand up publically and expose the sole legal consequence of this proposed amendment – to single out and deny people the freedom to marry someday merely because they are LGBT.  I think our Faculty came out in public opposition to the proposed amendment because to do so was true to our mission.

What is the significance of a “Faculty” resolution?

William Mitchell is a great law school not merely because it has collected terrific individuals to teach there, but because together we are greater than the sum of us. Most of us have spoken against the proposed amendments as individuals (and will continue to do so), but our individual voices do not have the force of the voice of the Faculty of the William Mitchell College of Law.  Because of this, we agreed that we should use the power to speak as a Faculty only rarely and in the clearest cases within our mission, where the problem directly affects the Faculty’s immediate interests. Speaking against this proposed amendment is one of those cases.

Putting aside its particular mission as a law school, how would the amendment affect William Mitchell’s immediate interests?

Like other law schools, William Mitchell’s Faculty is always looking for the most talented students, skilled employees, and passionate workers. We are seeing more competition for qualified students because students are concerned about the health of the economy in general, and the legal profession specifically.  Given the qualifications we require, our prospective students, faculty and staff, frequently have choices about where they can study or work. This amendment would alienate many prospective students and employees, making it more difficult to attract and retain the most qualified people.