Against the Amendment: A Conversation with Richard Carlbom 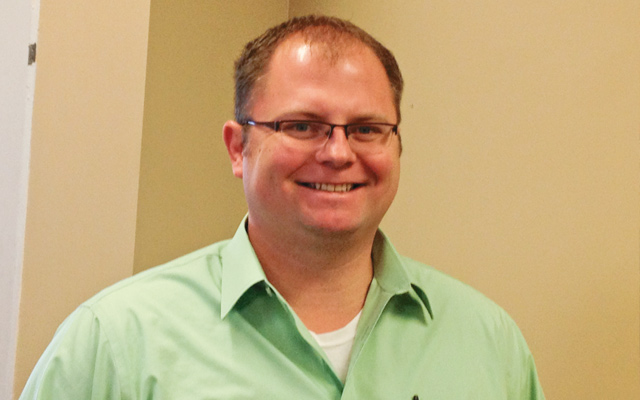 Richard Carlbom is the Campaign Manager for Minnesotans United for All Families – the umbrella organization working to defeat the anti-marriage amendment in November 2012. He joined the campaign in September of 2011 after serving as Communications Director for St. Paul Mayor Chris Coleman and prior to that as Campaign Manger for Congressman Tim Walz re-election in 2010. You can follow the campaign on Twitter @MN4allfamilies or him @richardcarlbom.

Lavender Magazine: Can you give our readers a little background on the amendment?

Richard Carlbom:  At the close of the legislative session in May 2011 a vote was taken to propose the question of defining marriage as between one man and one woman before the voters of Minnesota. Within hours of that vote, OutFront MN and Project 515 formed Minnesotans United for All Families.  Quickly that coalition grew to include national organizations like HRC, The Task Force and Freedom to Marry, along with local business and community leaders. Our broad coalition is united on one goal: make Minnesota the first state to reject an amendment like this.

LM: Will you talk more about the coalition committed to voting no?

RC:  Our coalition of two in May has grown to over 120 today. We are supported by members of every political party in Minnesota, communities of faith from all denominations, business leaders, community leaders, elected officials and more. It is an amazing team that may disagree on other issues, but when it comes to marriage, believe the love gay and lesbian couples share is just as important as a straight couples’.

LM:  Why is this amendment important for Minnesota?

RC: As a Minnesotan, I want to be able to say after November 2012 that Minnesota is the kind of place that welcomes all people, all families. We’re the kind of people that think about our neighbors and coworkers, friends and family and treat them how we would want to be treated. This amendment does just the opposite. It will permanently write discrimination into our constitution. And, that’s just not who we are as Minnesotans.

When we win, we will have improved the lives of every Minnesotan. And we will send a resounding message to those who hope to place these divisive amendments up for a vote that the days of successfully driving a wedge into communities around the country are coming to an end.

Many in our coalition have said they want to be on the “right side of history”. Voting No will put you there.

Personally, it’s important to me because I want to marry my partner of 4 years, Justin. Marriage says love like no other word can, and we want to share that with our friends, family and frankly, our state – and have them all hold us accountable to the commitment we make to one another.

LM:  You were the mayor of St. Joseph, Minnesota. Can you tell our readers about your time as mayor and the lessons learned that have shaped you?

RC: Being elected mayor twice in my hometown was a great honor and provided me with a deep sense of responsibility. I am a political organizer because it gives me a chance to improve lives.  I want to wake up, every morning, motivated that the work before me is work that will improve at least one life that someone else is living. As we continue this important campaign, I want to be a part of a collective effort to improve the lives of all Minnesotans.

LM:  Campaigns can be pretty intense, with long hours, high stress and demanding expectations. How do you and your team manage that?

RC: We know we are not alone. We may be at the center of the largest grassroots campaign in Minnesota history, but we know our powerful strength as an organization is created by our supporters and volunteers around Minnesota. They are all committed to defeating this amendment – and you can’t fake that energy. Our team keeps this in perspective and we are not afraid to ask the community for help.

LM:  For people that are opposed to the ban on marriage, what can they do right now?

RC: Three things: 1) Make sure your friends, family, neighbors, coworkers all know this anti-marriage amendment is on the ballot in November. 2) Start a conversation with them about why marriage matters to you and how hurtful this amendment is to same-sex couples. 3) Go to our website (mnunited.org) and pledge to Vote No, volunteer or contribute.