A Word In Edgewise: Where Are the Plagues of Yesteryear? 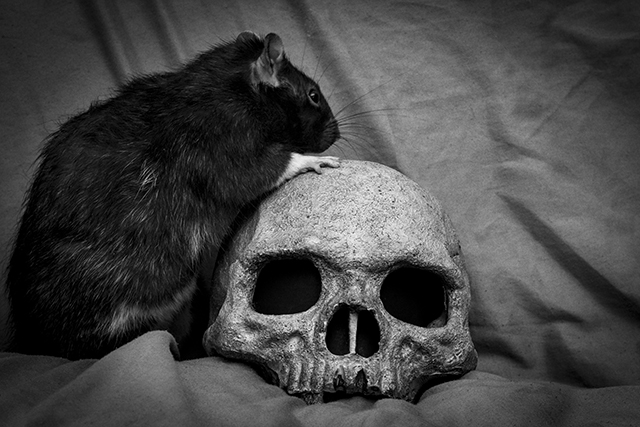 I recommend Hans Zinsser’s 1935 Rats, Lice and History, a surprisingly witty, acerbic biography of Typhus. That “biography” is no journalist’s gimmick. A bacteriologist and professor at the Harvard Medical School, in 1931 Zinsser isolated the typhus bacteria.

“In following infectious diseases about the world,” Zinsser writes, “one ends by regarding them as biological individuals which have lived through centuries, spanning many generations of men and having existences which, in their developments and wanderings, can be treated biographically.”

Concerning causes of war and concomitant diseases he writes, “Until they actually suffered from dirt, lousiness, fatigue, terror, disease, or wounds, most men enjoyed the last war” but, “soldiers have rarely won wars. They more often mop up after the barrage of epidemics. And typhus, with its brothers and sisters—plague, cholera, typhoid, dysentery—has decided more campaigns than Caesar, Hannibal, Napoleon, and all the inspector generals of history. “The epidemics get the blame for defeat, the generals the credit for victory.”

“The difficulty is not to find evidence, but to select from the dreadful abundance,” says Zinsser, citing among others, Herodotus and the saving of Greece after disease decimated Xerxes’ troops; the plague of Athens; the Huns losing Constantinople, pointing out, “The history of the Crusades reads like the chronicle of a series of diseases,” while in 1812, after Moscow “Typhus and dysentery were Napoleon’s chief opponents.”

Early accounts are too vague to decisively identify Typhus, notes Zinsser; not until the 15th century, during the civil wars of Grenada, 1489-90, could it be accurately diagnosed. There are many shared disease symptoms, but tell-tale body rash from Typhus was unique.

Zinsser’s remark, “…the [Typhus] infection was sporadically present at all times, much as typhoid fever is with us now,” brings a frisson. “Now” is a moveable feast: In 1935, one still feared typhoid; online today one finds there are perhaps 400 typhoid cases a year, here, some 70% of which are contracted by travelers to less developed countries.

Typhus and Typhoid, both bacterial, yielded to antibiotics; today, viruses are pushed through genetic hoops, including viral genome structure, replication, and genetic change. But our physicians, like Zinsser, Hippocrates, Galen, Jenner, or Lister, can only advance as far as the available knowledge and tools of their era. And something new is always on the horizon.

As we strive to conquer COVID, people now know enough about prevention to address some causes, if not the cures themselves. Back through the centuries, overcrowding, unsanitary living conditions, poor hygiene have all allowed a host of death-dealing diseases to piggyback along. We have knowledge today to help ourselves and our professionals and to be alert.

We are the fuel; disease is the flame. The more fuel available, the more consuming the flame–and the longer the burn.