A Word In Edgewise: When the Sickness of the Oyster is the Pearl 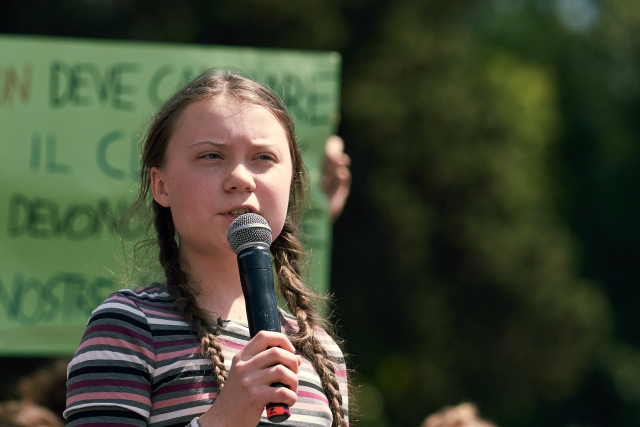 Professor Temple Grandin is celebrated for her work on humane treatment of livestock and her articulate descriptions of life on the autism spectrum (Emergence: Labelled Autistic, Thinking in Pictures). Diagnosed as “brain damaged,” professionals originally advised the child’s institutionalization.

Her mother refused, started the toddler on speech therapy at two, and hired a nanny to play educational games. Grandin attended school, but was often ridiculed for her odd speech and “nerdiness.” A summer on an Arizona ranch awakened Grandin’s lifelong interest in animals, and a new science teacher encouraged her to design a “hug box” within which she could calm herself which she later adapted into the “squeeze machines” in designs for livestock handling facilities.

This past April, Thunberg addressed the House of Parliament in London. On July 22, at Caen, by the Normandy beaches, flanked by two D-Day veteran sponsors, Thunberg was awarded France’s first Freedom Prize. She will donate the $20,000 to several climate organizations. This August, accompanied by her filmmaker dad, she will cross the Atlantic on a zero-emissions 60-foot, solar-paneled racing yacht (jets’ carbon emissions are too high) to attend United Nations climate summits in New York and Chile.

Like Grandin, she’s criticized for her monotone voice and affectless presentation. But that’s the way of some folks on the spectrum. Thunberg smiles, thinly, saying of detractors, she “just ignores them,” along with the “hate and threats from climate crisis deniers.” She will “just always refer to the science and we’ll just see what happens.”

“I see the world a bit different, from another perspective,” Thunberg told a New Yorker reporter. “It’s very common that people on the autism spectrum have a special interest… I can do the same thing for hours.” She found climate when she was nine. Nor does Thunberg respond well to hypocrisy. To the BBC she said, “I don’t fall for lies as easily as regular people, I can see through things.”

Autism is a spectrum, and not all on the path have equal voices and abilities, nor Grandin and Thunberg’s material resources or verbal eloquence. Important gifts, not always appreciated by opponents, are their directness–bluntness, if you will–and lack of innuendo and red-herring trailing. Thunberg admonished her BBC audience, “You don’t listen to the science, because you are only interested in the answers that will allow you to carry on as if nothing has happened.”

We need an infusion of directness in our dialogues today, allowing speakers to cut through the miasma of hurled invective and false trails to create firm ground on which to have discussions. With facts drawn from science. Facts that can be demonstrated and reproduced. That will work—as long as both sides abide by the rules.