A Word In Edgewise: We Will Persist 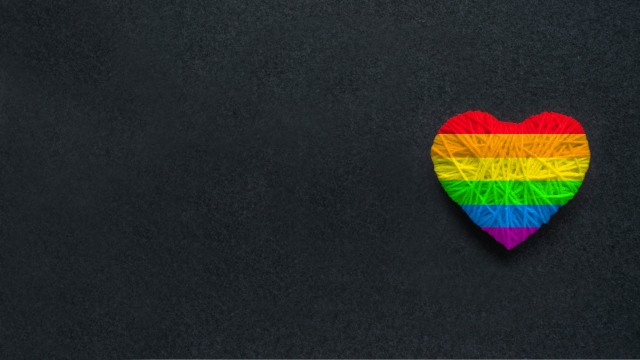 From Socrates and Sappho and on through the centuries, homosexual men, lesbian women, and a broad spectrum in-between, have lived, loved, written, invented—and been persecuted for existing.

Even as the Rainbow Community begins Pride celebrations, there are those around us who are calling for less acceptance, not only of GLBT citizens but of those deemed to worship “wrong” religions, or speak “foreign” tongues.

History demonstrates that while homo sapiens walks in shadows, they have among them individuals who are bearers of light. Two volumes in this issue’s “Books” illustrate the determination needed over time to bring about change, how persistent one must be to maintain that change.

Buying Gay: How Physique Entrepreneurs Sparked a Movement, examines change effected between 1951 and 1967, when a purely capitalistic push from publishers, photographers, and activists involved in these “Physique” publications helped connect gay men in rural and urban areas to form more cohesive communities, enabling individuals to interact personally, to act to change restrictive postal and censorship laws. Johnson is the author of The Lavender Scare: The Cold War Persecution of Gays and Lesbians in the Federal Government (2004), a 1950s witch hunt period when Sen. Joseph McCarthy and others labelled homosexuals communists and traitors.

Covering a broader timeframe is the lavish, over-sized We Are Everywhere by partners Matthew Riemer and Leighton Brown, the subtitle of which is, “Protest, Power, and Pride in the History of Queer Liberation.” The authors created and curate the Instagram account @lgbt_history, offering here over 300 images from seventy-plus photographers and twenty archives. More than a picture book, the text follows the steps leading to the precipitating Stonewall Riots of 1969, illustrating on a broader canvas what Johnson portrayed in his briefer account, that movements build incrementally, building community and solidarity, grow, and eventually emerge with direction and the power to effect change.

The genie is out of the bottle, they say, and cannot be put back in. But the same can be said of malign genies as well. Shadows envelop then disperse, advances are made then thwarted. The books present cautionary tales: There is strength in community, and a strong community requires inclusiveness, the open acceptance of everyone on whatever angstrom of the rainbow’s arc. Acceptance and Persistence are survival tactics.