A Word In Edgewise: Too Much With Us—Still 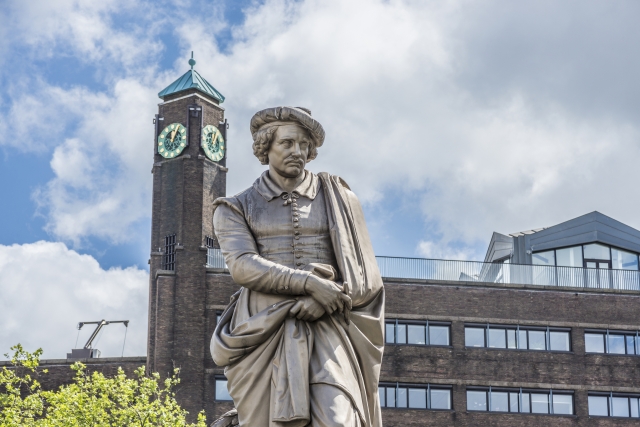 The world is too much with us; late and soon,
Getting and spending, we lay waste our powers;–

Too much with me, too; seeking a simpler time, I read Hendrik van Loon’s 1930 R.v.R.: The Life of Rembrandt van Rijn.

From Van Loon’s Lives, where shades of the elite dead visit his home to dine and discourse, I knew Hendrik was a sly storyteller. R.v.R’s purported biographer is Jan van Loon, Henrik’s great-great-grandfather nine times removed. Physician and friend, Jan is privy to all things van Rijn.

Rembrandt painted at the zenith of the Dutch Golden Age. His portraits and etchings hugely popular, he lived well, possessing guilders, a spacious home, and Saskia, his lovely wife. But the mid-17th century was also the country’s Golden Age of business, expansion, and military growth, each impacting the fortunes of artists.

In 1642, Rembrandt secured a remunerative commission to paint Captain Frans Banning Cocq leading the Militia Company of District II. Accepted group portraiture was supposed to resemble be the image (Rembrandt’s) used later on Dutch Masters cigar boxes: Clearly visible faces of every man who paid a subscription to be recognized.

Rembrandt’s credo: “…Nothing counts in this world except the inner spirit of things,” meaning, “The immortal soul of everything that was ever created.” To Jan’s astounded “Tables and chairs and cats and dogs and houses and ships?” Rembrandt replies, “Exactly.”

So in painting the militia, Rembrandt intended to portray not just faces, but “civic duty.” “Mark my words,” Rembrandt confided, “it will make people talk.” They talked. They laughed. They complained; subjects refused to pay; the painting was ludicrously dark, faces were obscured. It was not time to “put an idea into colors.”

Jan marks this misjudgment as the beginning of the master’s downfall. Borrowing, forgetting/unable to repay, work-obsessed, bankrupt, evicted, Rembrandt abstractedly laid waste his powers, sliding chaotically downward to die at 63 in 1669.

I’d wager one has to search a good deal further back, perhaps pre-cuneiform tablets—which themselves were designed to tally sums and goods—to find a “simple” human society. Should your personal getting and spending lead to Amsterdam, join the throng in the Rijksmuseum taking selfies by Rembrandt’s laughable, too-dark painting, better known today as The Night Watch.