A Word In Edgewise: There Are Words For It 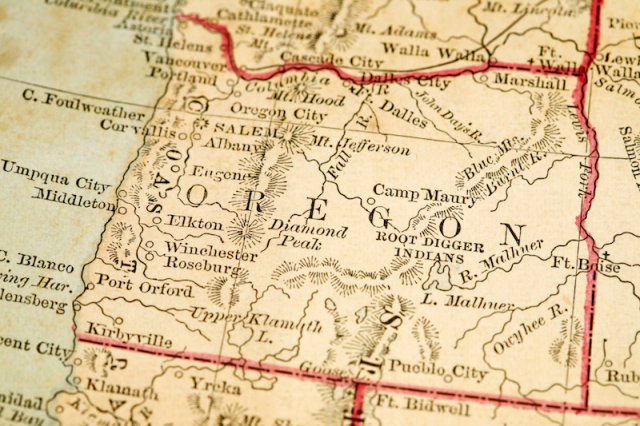 It was clear as day in April 2014 when an armed Cliven Bundy and gang faced down federal agents after years of grazing their cattle illegally on federal lands free from fines or punishment.

Now son Ammon and brothers Ryan and Mel, with a rag-tail group of armed seditionists, have taken over the Malheur National Wildlife Sanctuary in Harney County, Oregon. Ludicrous as the situation appears, and as chilling a contrast as their peaceful reception makes to the many recent murders of unarmed people of color, the situation does illuminate what aims, other than white-male-privilege and testosterone-fueled posturing, drive the group.

Crucial, and too lengthy to detail here, are the struggles, extending back into the nineteenth century, for the control of our country’s western lands. Early cattle barons took over hundreds of thousands of public lands for stock grazing, and that, in a word, eventually led to Bundy’s original standoff.

The current takeover was triggered by Oregon ranchers Dwight and Steven Hammond’s arrest for arson after torching 139 public acres to disguise deer poaching activities. Convicted in 2012, they were resentenced to five years in prison in October 2015. They surrendered peacefully to federal agents. Nevertheless, the Bundy brothers decided to create a sanctuary for “sovereign citizens” to oppose a “tyrannical” federal government (the very tyrant that granted Ammon a $530,000 small business loan in 2010). They’ve been settled in for four days, now (as of press time), and plan on staying “for years.” They are also beseeching supporters to send “snacks” and “socks” via the above-mentioned tyrant’s USPS system.

Many say “terrorists,” the press dilutes to “armed protesters,” or ignores. I suggest two others: the highfalutin “cockalorum,” a self-important little man, and the down-to-earth “jamoke,” an all-around doofus identified by eye injuries sustained while trying to pick his nose, according to Concourse journalist Albert Burneko.

There are disturbing race and class differences in how things are being handled, but there has been no bloodshed. Malheur is remote, contained; outwait-then-prosecute seems the sanest tack. But the Bundys best consider: enraged birders are gathering in neighboring Burns. Malheur is home to some 320 avian species and the birders number 40,000,000 worldwide, far outnumbering the Bundys. By their own recent manifesto, they’re silent sneakers on the ground, watching, photographing, documenting every transgression of the usurpers upon property that they, too, consider their own.