A Word In Edgewise: The Truth and Nothing But? But… 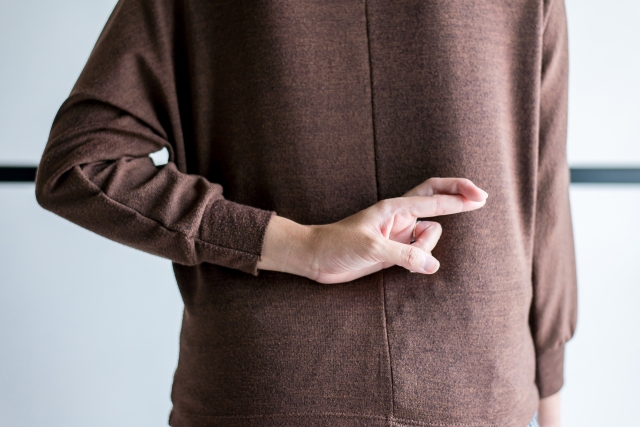 I like to think that most folks tell the truth. Most of the time.

Some folks lie all the time, but we’ll table that discussion for later. The Lie: A Memoir of Two Marriages, Catfishing, and Coming Out, reviewed in this issue under “Books,” is the memoir of a man who lied for decades, a lie he thought would help, but that brought him and his family acute unhappiness.

He lied for what he felt he had to, as others have. He was gay. He’d been raised in a culture and religion that dinned into his very core that gayness was an abomination, a sin that would lead him to hellfire and damnation. Yet he, like many others, craved love, family, children. And indeed, he did love his wife Katherine and his daughters, but…

So William “Bill” Dameron lied. Lied as a child, continued as a young man, as an adult. On social networks he presented a headshot and the descriptor, “forty-year-old straight white male.” He wasn’t hurting anyone; not his wife on whom he never cheated nor anyone else, so where was the harm? Nowhere, it would seem, until later, women from around the world began writing to him, questioning, accusing. His face had been hijacked, used under myriad names, heights, and lives, deceiving and devastating hopeful, longing women.

The eye-opening discovery of his catfishing by proxy prompted Dameron to confront his own lies, his deceptions, opening to the pain he had caused his family and himself. His closeted life, including a secret steroid addiction, robbed them all of the real Bill. He never cheated on Katherine, but his unexplained physical remoteness hurt her deeply.

The Lie is a sobering look at the closeted life of a gay parent. It is also an unflinching examination of what remedy—truth—is needed to restore the health of those deceived and disillusioned. Bill finds another gay, divorced dad, but it is Sisyphean work for Paul to convince the still self-loathing Bill of his love. Katherine and the now-grown daughters are not exempt from facing their own truths and forging their way through thickets of anger and pain to self-acceptance to embrace the real Bill.