A Word in Edgewise: Telling It Like It Is…To the End… 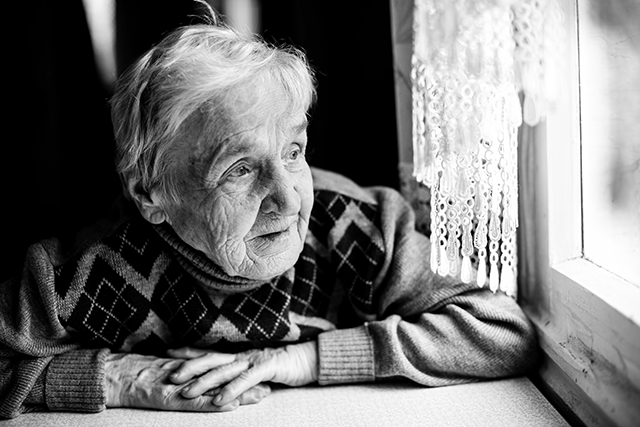 An old woman looking at the window. Black and white photo.

A dear friend introduced me to Ronni Bennet’s Time Goes By (“What it’s really like to get old”) blogs, explaining, “Ms. Bennett and I had a similar ethos coming from a certain time and place…she was comforting to read as we aged together. One blog I remember well, concerned the number of trips and/or days it took Ronni to unload her groceries. That ‘woke’ me to the fact that I was not alone in my declining abilities.”

That “certain time and place” included me as well, the three of us born in the northeast in 1941. Ronni posted that grocery-lugging problem in June, 2019; Crabby Old Lady Tries to Manage Her Disease, one of 296 blogs written under Ronni’s “Crabby” moniker. One change noted: “Carrying groceries in from the car? Crabby used to just grab all the bags, even six or seven of them, and walk them into the house. With the breathing problem now, that many bags require at least three trips with a 10-minute rest between each one.”

Disease harks to that moment in 2017, thirteen years into the blog, when “the universe hit me with cancer followed shortly (2019) by COPD, and I knew from the start where that ends. So I made a course correction in the topic so to write as openly and honestly as I can muster about what it is like to know you are dying–the good, the bad, the whatever else–because that is what interests me these days.”

And she did, courageously, until the end; clearly, ironically, wittily, sarcastically, with un self-pitying frankness. Ronni’s earlier career included producing husband’s The Alex Bennett Show on radio, then network television for 25 years as producer/writer for, among others, The Dick Cavett Show, The Barbara Walters Specials, 20/20, and managing editor of CBS’s first news website.

A “forced retirement” required she sell her Manhattan apartment and move. “I was angry about that (as anyone should be) and it helped fuel this [Time Goes By] blog.”

After the diagnoses, Ronni focused on the terminal aspects of age. After a long respite until this past “February, when chemotherapy stopped working, I began slowly slipping downhill and the speed has since accelerated … I haven’t needed a nurse to tell me what’s happening.”
The nurse, “gently hinting” mentioned “incontinence.” “Ewwww,” wrote Ronni, “But there you are.” The order arrived. “I yanked a pair out of the tightly wrapped package, shook the panties open and to my utmost surprise, found that they are trimmed in–wait for it– frilly lace … Is there anything else to do but giggle? So I pulled them on, pranced around in front the full-length mirror and had a big hearty guffaw at myself – old lady fancy pants.”

October 30, Ronni passed. On the 31st Autumn, who will continue Time Goes On, posted, “I will leave you with knowing that she was ready. Just before she died she said, ‘When you get here, it is really nice.”
There are many facets of Courage: Ronni’s and Crabby’s shine among them.