A Word In Edgewise: Seeing a Man (Lady) About a Horse 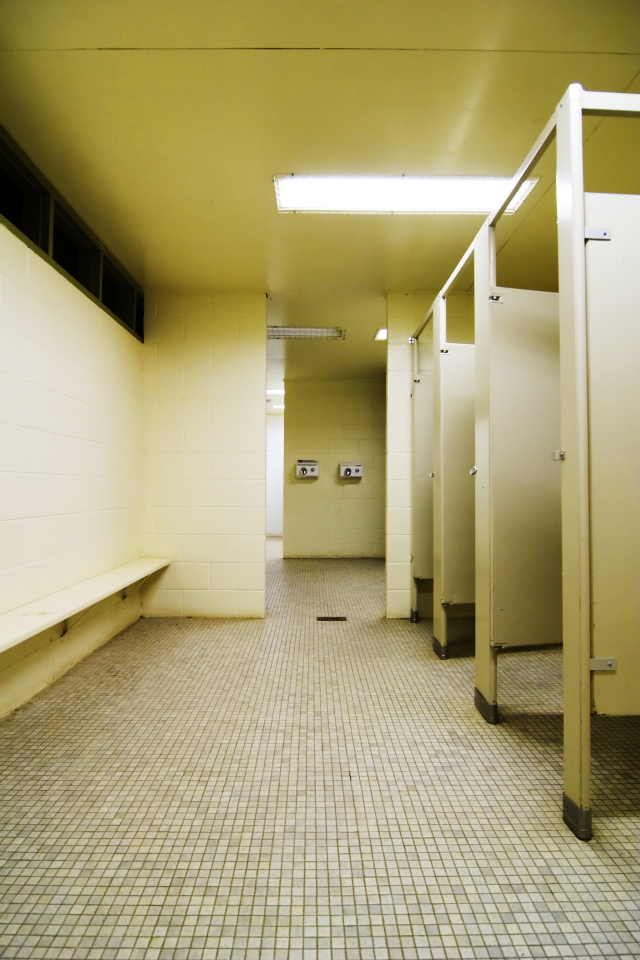 I’ve only twice caused a commotion in a bathroom, well, once in a bathroom, another time stopped by a policeman at the door. Both times I was at the bathroom North Carolina would have deemed appropriate. In the more than a decade that I’ve used restrooms, gyms, and saunas of the “other” persuasion, there’s been nary a peep. I now feel qualified to make a few observations and comments about loos.

First of all, in the average facility (not a black room in Barcelona) folks of all sexes and genders are eager to relieve themselves and get back to whatever they were doing; shopping at Macy’s, having dinner with a friend, getting back to their seat after intermission at The Book of Mormon.

Should a trans woman ever approach your wife in a bathroom, it will be to ask what shade of lipstick she’s applying, or to compliment her on her blouse. As a recent meme making the Facebook rounds has pointed out, more senators have been arrested for hanky-panky in airport restrooms than have transgender people.

Moreover, what is there to see in a ladies or gents room? Ladies will be invisible within locked cubicles, while gents will be lined up along the porcelain, backs to you. Nothing to see since a good many trans men will be using a locked cubicle along with other trans men and the not infrequent pee-shy gents.

Why would a trans woman lurk in a bathroom to attack another woman? If a trans woman wants to meet other women, there are more pleasant places to frequent. If scaremongers are warning against men dressing up in women’s clothes to attack women in women’s bathrooms, they’re describing a criminal. A man cross-dressing to commit a crime is called “disguised” not “transgender.”

But Lavender readers know this already. The Great Bathroom Scare, in my opinion, is a sexual buzzword, a diversion to inflame their followers and to keep their minds off actual societal problems that need addressing. The boy used to cry, “Wolf!” Now, he yells, “Trans!” Recognizing the problem is one thing, combatting it in the face of insane, cruel, discriminatory, and debasing laws is another. Sanctions by entities with enough economic muscle to hurt is one way. It worked for the moment in Georgia.