A Word In Edgewise: Ratiocination or Lizard Hind-Brain: What’s Your Pleasure? 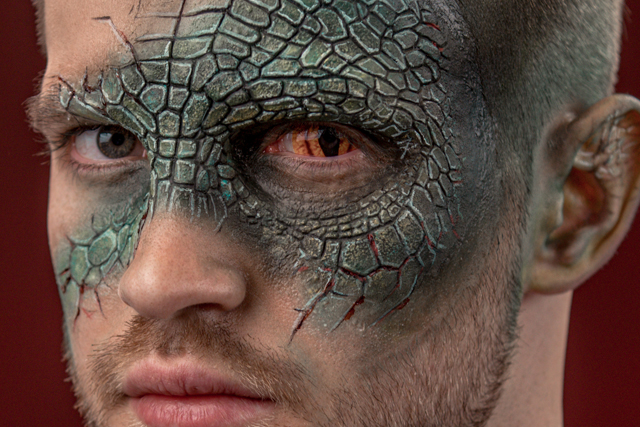 In 1374, along the Rhine valley, hundreds of townsfolk danced compulsively–non-stop, for days–to exhaustion, even death. The mania spread to north-eastern France and the Netherlands, persisted for several months, subsided, then burst out again in 1518.

In 1491, several nuns in the Spanish Netherlands became possessed, meowing and climbing trees like cats. The mania spread from Rome to Paris, with similar distressing behaviors.

The years 1692-93 saw our own Salem witch trials. Two young girls manifested bizarre physical symptoms, were soon joined by other afflicted women; they accused more than 200 others (out of a population of 550). Thirty were found guilty, nineteen hanged.

All accounts show manias to be all-consuming, open neither to discourse nor humor. Succumb. We look now to be crafting our own 21st century conspiracy/delusion manias for future history books. Through the widest, fastest information dissemination the world has ever known, specious allegations daily sow seeds of plots and schemes from cryptic cabals. Accusations that allow for no discussion or rebuttal, and contradictory “facts” which believers have no problem accepting, i.e., “Bin Laden was dead before Seal Team 6 got to him,” and, “Bin Laden is still alive.”

When I was little, I believed Walt Disney himself created everything I saw in my Walt Disney’s Comics and Stories comics. Later, much as I loved Stuart Little or Kenneth Grahame’s riverine denizens messing about in boats, I knew they weren’t “real,” like our dogs, Susie and Cherie.

When my seventh-grade teacher read to us from Will Cuppy’s The Decline and Fall of Practically Everybody, a lightbulb went on: I had discovered satire. At the library, I found a trove of this humor, including Sellar and Yeatman’s 1066 and All That, and Thorne Smith’s delightfully racy (for a thirteen-year-old) The Nightlife of the Gods.

In MAD, my suspicions of adult behavior were confirmed, while in The Martian Chronicles I absorbed Bradbury’s space parables–not reality, but a way to read human behavior. In college, I discovered Roman playwright Plautus’s satirical comedies, written two hundred years BC, that were still treading the boards through Broadway’s transmogrative A Funny Thing Happened on the Way to the Forum and The Boys from Syracuse.

There’s no single answer to the “Why?” or “How?” of these beliefs. Mental aberrations? Actual belief in “Lizard Men” or the cold intent to instill fear and enmesh neophytes? Seeking stability in a changing, frightening world, or calculating a cover for venting their rage on the perceived enemy?

Whatever the impetus, chaos, rampage, and random killing isn’t the answer. Stealing a lectern; posturing, feet gouging another’s desk, have no aim, mere yieldings to emotion without any effort toward reasoned solutions to the country’s problems. The woman who rioted, was arrested, then obtained the judge’s permission to go her pre-January 6 planned vacation; the judge who smiled and sent her off to Mexico? They both illustrate glaring faults that must be addressed.