A Word in Edgewise: Nature Adores A Redundancy 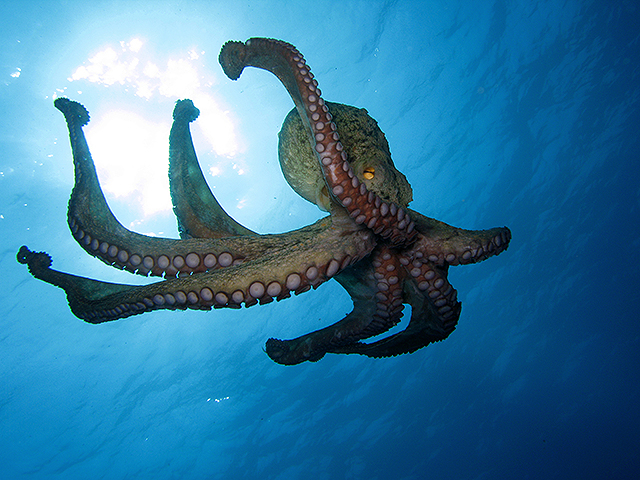 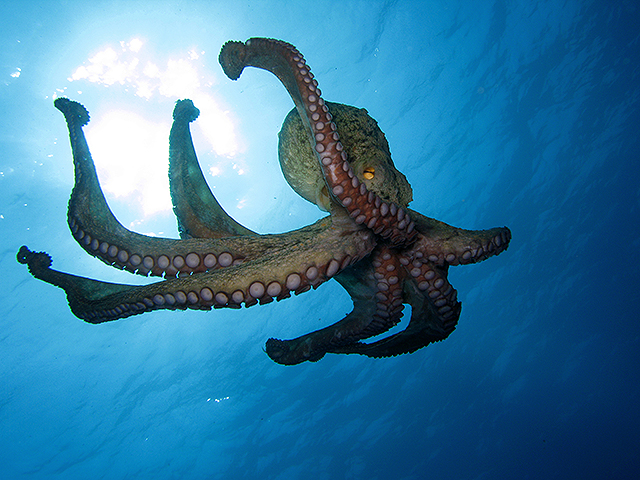 Nature, like NASA, likes to make sure something, however odd or eccentric, survives to complete its mission. Sending humans to Mars? Better have multiple sources for life support. Intelligence? All the while man has been using his brand of intelligence to get this close to space travel, nature has, from the get-go, branched the tree of life to produce a variety of sentient, thinking, even reasoning twigs and buds. Not all of them read Schopenhauer, sculpt a Pietà, or paint “The Starry Night.”

Recently, a lot of ink (sic) has been devoted to cephalopods, concerning their level of intelligence, their awareness of life around them and, in a broader sense, how these animals, starting half a billion years ago, went from sea floor-rooted mollusks up to the present day nautilus, cuttlefish, squid, and octopus.

Sy Montgomery’s The Soul of an Octopus is subtitled “A Surprising Exploration into the Wonder of Consciousness,” while Other Minds: The Octopus, the Sea, and the Deep Origins of Consciousness is the title of Peter Godfrey-Smith’s study. Montgomery’s is the more personal, focusing in loving detail on specific animals she encountered at the New England Aquarium, while Godfrey-Smith, an experienced scuba diver, spent much time observing animals in a place dubbed “Octopolis,” off the east coast of Australia. In addition to the creatures themselves, Godfrey-Smith seeks the hows/whens/whys in terms of consciousness coming into being in the first place. Chapter headings like “From White Noise to Consciousness” make the reader realize that his as well as cephalopods’ mind is being discussed. Redundancy reigns; each octopus tentacle essentially has a life of its own, tasting, sensing, able to act independently or together with its fellows. Research has shown that nearly twice as many of an octopus’s neurons reside in its arms than in its brain.

These studies, together with the more well-known prodigies, like elephants and chimpanzees, are being added to our knowledge of those avian whiz kids, parrots and corvids. Books and films of them in intelligent, considered action, impel one to wonder what roles these creatures may play in the future. Mankind, despite its chest-thumping and posturing, may not be the biggest (or, if the biggest, not the only) cheese.

Kingdoms rise and fall, civilizations wax and wane, but our globe teems with living otherness. Humanity as we know it rates mere ticks on the cosmic clock. If we sink, others with their alien talents will rise. Life will continue: the earth abides.