A Word in Edgewise: Merely A Matter of Degree? 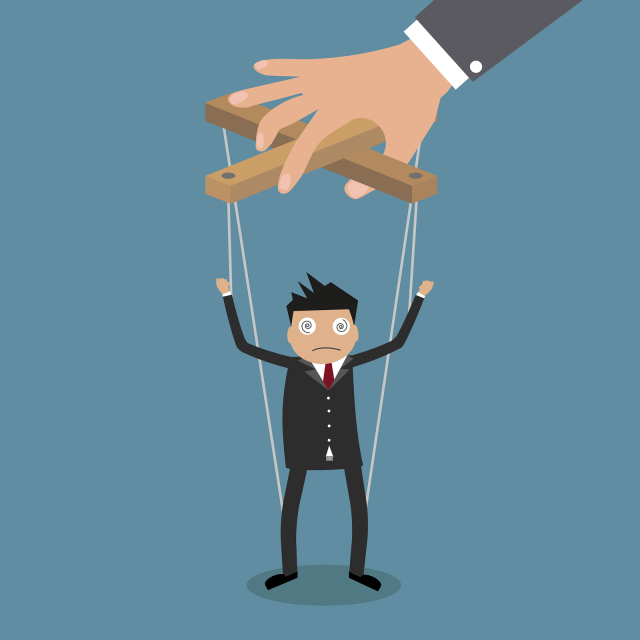 I chat weekly with an old grade-school, high-school, life friend out on the west coast. Over the years we’ve solved many of the world’s problems in our conversations. Recently, out of the blue, she announced: “The two most controlling sentences are ‘What’s for dinner?’ and ‘Dinner is at six.’”

She interpreted the former as, “Take care of me like mommy did, plus, I am paying for your services;” and the latter as, “‘Get right home from the office — no straying!’ Everybody nicely wrapped.”

The sentences amused me, and I decided to use them to write something light for this issue. But the more I wrote, the more the subject led back to reflect in the ongoing power struggles in today’s political theater, the very subject I intended to avoid this time.

We think of power playing out on a national level, but it is everywhere, quotidian and pervasive. Go online, on Facebook, on the TV or radio; listen to your next door neighbor. You’ll get an earful of ought-tos, shoulds, and musts about what the speaker would do if he/she were in power. But my friend is right: there’s little as cold and unyielding, as power-hungry and controlling, than sentences uttered among one’s own lares and penates: home.

I started this piece as a comic relief from the ongoing presidential campaign clamor that will only worsen in the months leading up to November 8, but her amusing pronouncement brought me full circle to the realization that to some degree we all lust for dominion over at least one other, that we crave to have our own way. It’s a human trait, and starts at birth with the solipsistic infant’s wails to have its every need fulfilled: now.

Is it, for most of us, the dawning realization that one is not the center of the universe that, in time, tips us into acceptable, civilized behavior? What happens to the infant that never yields? The class bully who, as an adult, announces that God speaks through him and others must submit and obey?

It’s surely a rich time for sociobiologist E.O. Wilson and other scientific investigators of his ilk. Even as I write, the power hungry are out and on the prowl, wailing, demanding to be fed.