A Word In Edgewise: Learning from Others 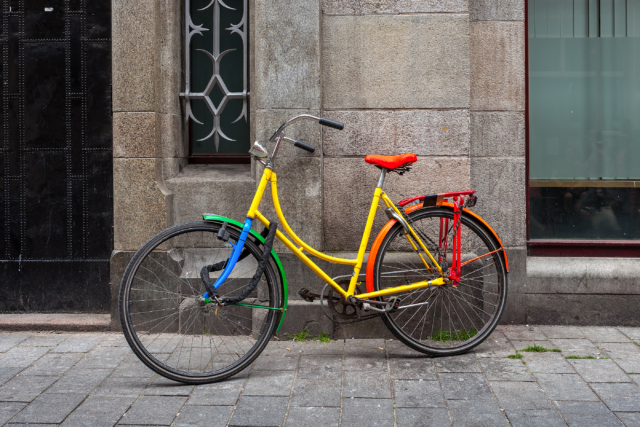 I recently spent 10 days in Amsterdam. Aside from the beauty of Amsterdam, itself, a city of which I am very fond, I was struck by a couple of cultural differences.

While Twin Citians are great cyclists, the Dutch carry it to a high art. Amsterdam, in particular, is heavily geared to bicycle traffic, both moms and dads toting offspring in ingenious ways. One dad steadied his six-year-old’s bike with his right hand, while somehow steering his own and holding an infant in his left. Everyone sped along in a kaleidoscope of wardrobes from shorts, business suits, hijabs, and clerical garb, agile and helmet-less.

I’m studying Dutch, but I make no claims to speaking it beyond “Dank u”s and “Alstublieft”s, yet everyone (well, most everyone) was cordial and willing to help me out in English, from officials, as one would expect, to stock boys at the Jumbo supermarket to the young saleswoman in the Lambiek comic book shop.

Why have we here become so insular that it is unacceptable for a person to speak any language other than English? Why has it become grounds for assault and invective? Beyond the hundreds of indigenous tongues originally spoken on this continent, one might recall that Dutch was one of the earliest languages spoken here in a town still several centuries from becoming the Big Apple. French was long the diplomatic language, back when that old rake Ben Franklin used his language skills to make Parisian society ladies swoon.

I found the twentysomething young man at the hotel desk spoke not only Dutch and a passable English, but Romanian, Italian, and a couple of other tongues. Not everyone speaks every second or third language fluently, but they can get by and interact with others from their own and foreign countries.

As the world becomes more heavily populated and tightly knit through the interaction of global citizens, it is a step backward to punish anyone here at home who chooses to speak a language other than English, or, to move into another problem area, who worship a religion other than evangelistic Christian, or who choose not to worship at all.

While Amsterdam works to embrace all its citizens, it’s not a time for us to become more cripplingly restrictive of our own.