A Word in Edgewise: It Ain’t Over Till….Do I Hear Music? 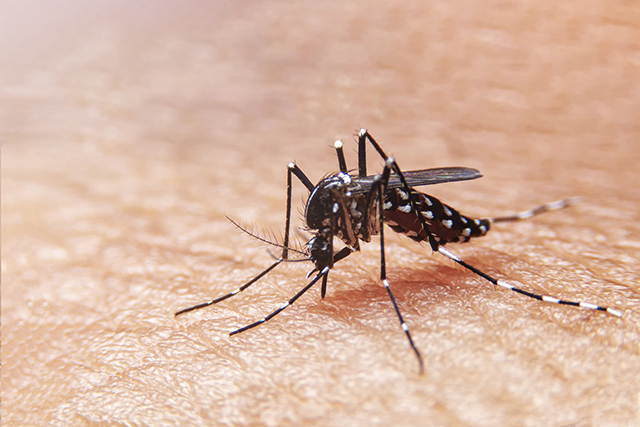 In 1975, Rahima Banu, a three-year-old Bangaladeshi girl, was the last person in the world to naturally acquire smallpox (variola major). Janet Parker, on September 11, 1978, was the last recorded person to die of smallpox, having been infected, it was speculated, by a lab-grown virus.

The total eradication of smallpox promised a harbinger of man’s ultimate conquest of disease. The obvious next step was to vanquish malaria, which one source reported, “may have killed half of all the people that ever lived.”

In 1897, while dissecting a female anopheline mosquito, Ronald Ross found the malaria parasite, proving mosquitoes’ role in its transference to humans. Only the female Anopheles spreads malaria, and of the 460 Anopheles species, only Anopheles gambiae transmits Plasmodium falciparum, the most lethal of four malarial strains affecting humans. However, despite Ross’s Nobel Prize-winning discovery, the complexity of the malaria parasite defies human assaults. The main contender for an approved vaccine is Mosquirix (RTS,S/A01), requiring four injections, and providing a “relatively low efficacy.”

As there are different types and degrees of virulence with malaria, so COVID-19, while related to other coronaviruses, is not “just like” flu or “just like” anything else. It gives mixed signals about preferred victims, and departing leaves a wide swath of post- survival consequences, some dire. We’re ignorant of its history and of what punched its ticket to travel. A habitat destroyed? An infected animal sold for food?

Scientists who had been studying koalas, seeking a vaccine to save the species, now see in their koala data a potential for alleviating human suffering. Closer to COVID-19, Grace Hucking in Wired discloses that llamas may offer a key. Millions of years ago, a llama (or other Camelid) ancestor created unique, tiny, mutant antibodies–nanobodies– potentially able to keep viral spikes from penetrating human cells.

Smallpox’s total eradication may have been a one-off. Malaria is still rife in many areas; forty years in there is no AIDS vaccine. Measles vaccine is successful, but the disease simmers in readiness to strike as long as there are pools of the unvaccinated. It would be futile to assert that no other viruses will follow SARS-CoV-2.

If we do not take responsibility for our treatment of the Earth’s resources, creatures one- and multi-celled will continue to be driven out of their worlds and into ours. William McNeill, in his 1976 classic, Plagues and Peoples, posits that microparasites (eg. plasmodium) and macroparasites (eg. Homo sapiens) together determine the world’s balance.

Every living thing, consciously or instinctively, seeks shelter, sustenance, and sex (or a- sex) to launch their genes into the future. Many go extinct, others prevail. Greedy, we may knock ourselves out of the running.