A Word In Edgewise: In The Long Run 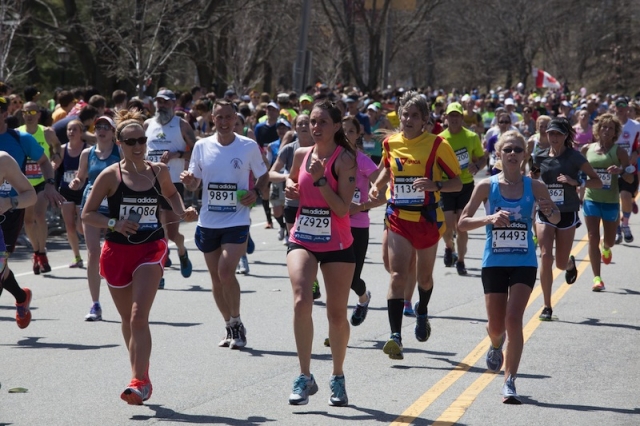 Too seldom do we encounter an act of supreme grace and aptness. One such occasion occurred April 19, when Atsede Baysa, the first woman to cross the Boston Marathon 2016 finish line, gave her trophy to Bobbi Gibb, who 50 years ago to the day was the first woman ever to (unofficially) compete in the event.

Gibb accepted the trophy on one condition; that in a year she return it to Baysa in her native Ethiopia. A gracious gift under any circumstance, but all the more poignant considering the circumstances of Gibb’s 1966 performance.

Gibb had trained for two years, often running 40 miles a day in nurse’s shoes (there was no market for women’s sports gear), only to be told when attempting to register that “women were not physiologically capable of running marathon distances,” and that sanctioned AAU (Amateur Athletic Union) rules allowed women only mile-and-a-half events.

Gibb realized then just how important her goal was. Wearing a blue hoodie, her brother’s shorts, and boy’s sneakers, she was dropped off in Hopkinton and hid in the forsythia bushes, waiting until about half the pack (of 540) had passed before jumping in. At first, she kept on her hoodie, fearing she would be arrested if she were discovered. As her presence became known, runners and bystanders alike were supportive. Crossing the finish line at 3:21:40, ahead of about two-thirds of the field, she found Massachusetts governor John Volpe waiting to shake her hand.

Now 73, Gibb says, “I wanted to show that men and women could do things together and end this war between the sexes…that we can all be individuals and try what we love. […] We don’t have to be restricted by these stereotypical boxes.”

From a time when women’s athletic shoes weren’t even manufactured to a time when women from the United States — and Ethiopia — comprise 12,600 entrants of a 27,491 field, women have shown their mettle. Men’s winning times, 2:17:11 in 1966 and 2:12:45 today have not changed as dramatically as the women’s. Properly equipped and trained, Atsede Baysa, recently turned 29 and a singer by trade, came from behind to a blistering 2:29:45 win.

A beautiful gesture from Baysa honored Gibb’s feat, and demonstrated again the power of women. Of anyone finally allowed in.