A Word In Edgewise: Flying The Paranoid Skies 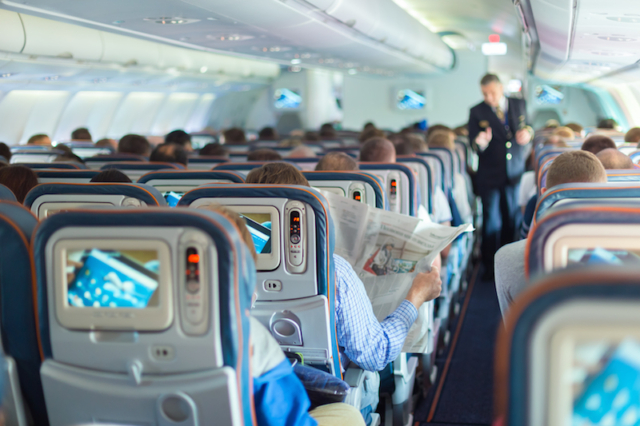 By the time this piece is published, yet another suspicious, (i.e., dark-haired, darkish-complexion) traveler may have been spotted and turned in to the authorities for questioning.

Most recently it was Guido Menzio, an Italian economics professor set to fly to Ontario, Canada, to give a speech at Queen’s University. Waiting for takeoff, Menzio worked on a differential equation. This so alarmed his seatmate, that the person turned him in. The plane taxied back and Menzio was grilled for two hours, delaying the entire flight.

In April, Khairuldeen Makhzoomi, a 26-year-old Iraqi refugee and UC Berkeley student, was escorted off a Southwest Airline flight after he was overheard saying inshallah (roughly translated as “God willing” in Arabic) on his cell phone to his uncle. Now, many people of various backgrounds and religions speak Arabic (4.23 percent worldwide) and most Muslims are not terrorists. America is not an English-speaking-only, Christianity-only nation, and there are no legal sanctions against speaking and worshiping as one wishes.

I wouldn’t recognize a differential equation if I fell over it, being more of a “one, two, many” kind of guy, but more power to the folks who can handle them. Numerals as we know them are of Hindu-Arabic origin and ultimately gave us our cell phones and the Hubble telescope.

Languages are marvelous structures giving insights into other thoughts and cultures. I just finished a semester of Dutch and wonder, were I dark-complected, if that would sound terroristic to my seatmate on my upcoming flight to Amsterdam? I’m saddened by and afraid of this insularity and pride of ignorance being promoted in our country. Marc Fumaroli’s 2011 book, When the World Spoke French, recounts that time in the 18th century when French was the connecting thread worldwide, back when our own multilingual Ben Franklin was the toast of Paris. Today, in America, citizens are routinely threatened, beaten — and worse — for speaking a language other than English.

Why, I ask you, is it never the hysterical seatmate that is escorted off the plane and questioned for hours before being allowed to continue his journey? The information they divulge could be useful in profiling bigots, who, in turn, could be booked together onto special flights, or kept out of the skies altogether.