A Word In Edgewise: Button, Button, Who’s Got the Button – and Why? 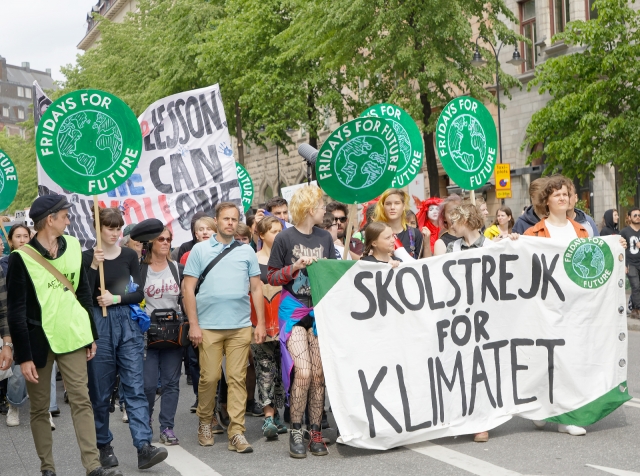 “Hot buttons.” Everyone has some, others wrap in hot-button-studded cloaks. Greta Thunberg has, simply speaking to her concerns, pushed more than a few. If she’s “just a kid,” why does anyone care?

An Iowa high school teacher has been put on “leave” after a Facebook post commenting on one of his weapons and Thunberg’s pending visit to Iowa City. How hot must that button have been for an adult to make that threatening remark to his students? What lesson was he teaching? Later, across the Atlantic in Rome, an effigy of Thunberg was hung from a bridge in Rome. Hot. Hot.

Back in the 1950s, we huddled under our desks through simulated atomic bomb attacks, although the black-and-white newsreels of vaporized test sites made clear the futility of the drill.

Today, “strongly held beliefs” allow a baker to deny a same-sex couple a wedding cake for, or a pharmacist to refuse to fill a prescription for a desperate patient. Why do the strongly held beliefs of children concerning their and their planet’s future allow lethal threats?

Greta Thunberg is not alone; there are many, many other youngsters wanting the same chance at life as kids crouching under desks sixty-something years ago. Like Canadian Autumn Peltier, who at eight began to advocate for clean water. She met with Prime Minister Trudeau in 2016, was nominated for the Children’s International Peace Prize in 2017, in 2018 addressed the UN General Assembly on water rights; she is currently the new Anishinabek Nation Chief Water Commissioner.

In 2017, Ridhima Pandey, now eleven, filed a petition with India’s Green Tribunal concerning their lack of efforts to combat climate change. The petition dismissed, Pandey appealed to the Indian Supreme Court. A Haridwar holy city native, Pandey has lived her life by the polluted Ganges. “They shouldn’t concentrate just on development,” she says. “What will we do with all this development if we are not going to have a future?”

Whence the rage? Seeking clean water, air, food, for all and for future generations?  Is it that youngsters are entering the fray? There were sixteen boys and girls at the UN meetings. Is there a gender component? Unflinching girls speaking cogently, sticking to the point, winning awards and accolades?

Perhaps ask Malala Yousafazi. Passionate about girls’ education as a youngster, she persisted despite Taliban threats. At fifteen, they shot her down but she recovered, persisted, carries on today, the youngest Nobel Prize laureate to date.