A Word In Edgewise: Boys Will Be Boys — For How Long? 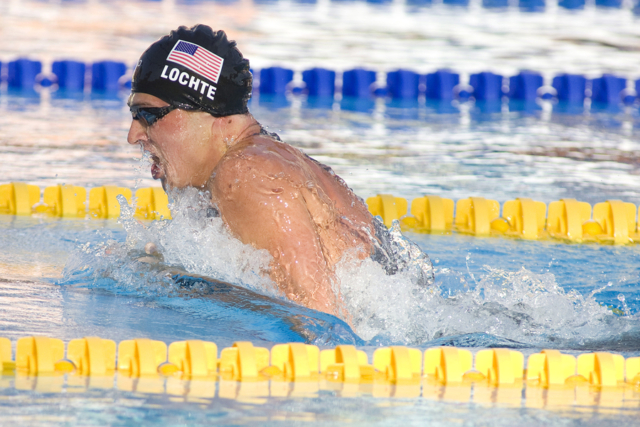 However tacky or tawdry, one might see glossing over high jinks of actual youngsters, say, 16- to 18-year-old athletes, who are far away from home, and hyped from their Olympic competitions. Over-imbibing, a hangover — that’s how we learn.

But swimmer Ryan Lochte? A 32-year-old man who has travelled widely for his sport over the past decade? Who not only caroused until 6 a.m., which is his choice, but who, after causing some vandalism, concocted a tale claiming that he and his friends had been victims of an armed robbery?

When discovered, he said, “I want to apologize for my behavior last weekend, for not being more careful and candid in how I described the events of that early morning.” “Candid”? How about “truthful”?

Fellow U.S. swimmer Jimmy Feigen later admitted to NBC news, “I omitted the facts that we urinated behind the building and that Ryan Lochte pulled a poster off the wall,” adding, “I was trying to protect my teammates and for this I apologize.”

As globally embarrassing as the Lochte incident was, there were consequences for Lochte: millions lost in endorsements from four longtime sponsors who dropped him when his lie was revealed. But his initial attempt at bluffing his way out, playing the Entitled White Athlete card is evidence of more serious incidents happening here at home.

There are ongoing news reports of boys (at least the white, athletic, college-bound ones) getting away with rape and assault here in the States. The widely publicized case of Brock Turner who was given only six months for sexual assault; Massachusetts high schooler David Becker, recently let off after raping two unconscious 18-year-olds so that he can enjoy his “college experience” without having to register as a sex offender, and Nicholas Fifield, teen tennis star, who sexually assaulted an autistic woman, receiving only a plea deal. An attorney in his case opined, “Prison would not do this kid any good,” a comment all too reminiscent of the judge in the Turner case who claimed that a prison sentence “would have a severe impact” on the “boy.”

There is never any mention of what lies ahead for the young women involved, who may spend years to a lifetime dealing with being treated as disposable objects.