A Word In Edgewise: Books – Not Just Trees Julienne 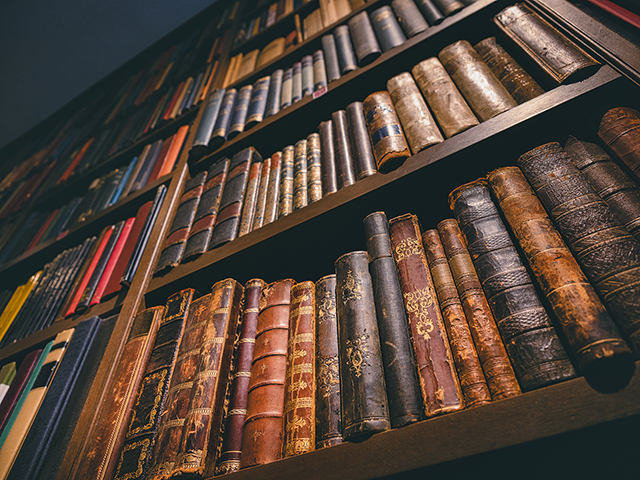 Our house held many books, and from the time I crawled, I explored all the shelves I could reach, fascinated despite my illiteracy and height limitations.

I learned words, frequently from a poetry collection whose smaller size fit my grip, or books with captions I could connect to illustrations. My folks didn’t press me to read; their own evident pleasure in the activity made me want to master those book-bound mysteries. Mother recorded in a Baby Book that at 2 1?2 I had a library of 23 comic books, while I realized I personally could own and reread these treasures.

Dad read to me, with eclectic and sometimes scary choices for a little kid. I learned “crisis” from Hans Brinker and the Silver Skates, agonizing through several evenings until the dreadful fever broke and little Hans recovered. Nor were King Solomon’s Mines, White Fang, or Robert W. Service’s “The Cremation of Dan McGrew” sleep- inducing fare.

Mother created stories for me about the Pink Spider, a sort of eight-legged Stuart Little thrust upon a family of “normal” gray/brown arachnids who lived in constant fear their offspring’s aberrant hue endangered them all. (Through Mother, I mastered subtext at an early age.)

I recently found a 2014 Atlantic article describing how in 1943, in mid-WWII, American publishers gambled on creating a new reading public and over the next four years gave away 122,951,031 copies of their best books to servicemen around the word.

Military personnel were isolated and thirsting for something to fill the lonely, dangerous hours. They fell upon the free paperback volumes that could be tucked in pockets or packs and created a wider market for books. What until that time had been aimed for the elite, now introducing literature in addition to westerns and mysteries to the average citizen. In 1931, most titles from major publishing houses cost more than two dollars, a sizeable sum in Depression times, and most counties did not even have a bookstore.

In 1939, paperback publishers Pocket Books and Penguin appeared with a mix of new titles and reprints, and by 1943, Pocket Books was printing 38 million copies. At that point in time, the Council on Books in Wartime proposed selling books to the army for six cents a volume. Just as I, safe at home, had discovered the thrill of owning books, so the far-flung military learned the power of the page, while publishers found military and civilians would continue buying books in peacetime–if they were cheap and available.

It suited me. Comics were a dime, and paperbacks, now acceptable, were accessible to everyone, everywhere, displayed on drugstore racks and newsstands, for two bits. Titles ranged from the tony to my new favorites, science fiction masters Ray Bradbury, Theodore Sturgeon, and Robert Sheckley. It was a great time to be alive with quarters sufficient to keep myself in books.