A Word In Edgewise: America’s Black Olympians: I 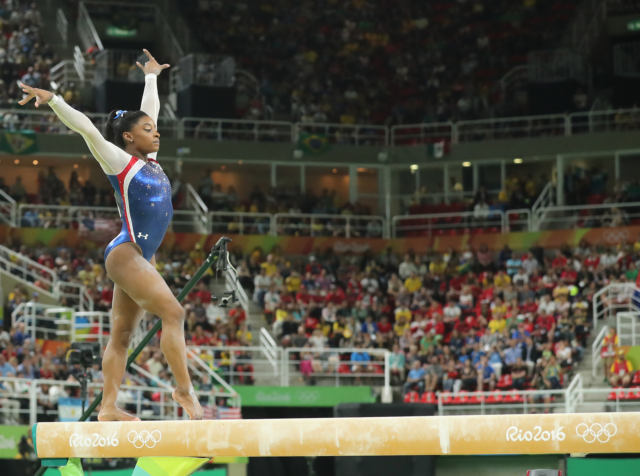 Mighty deeds were done in Rio’s Summer Olympics, many by black women athletes of Team USA, in what one source termed “usually predominantly white sports.” Unfortunately, there are shameful historical reasons, notably swimming, for white predominance.

There is not room here to delve into that history, but all of these young women, as indicated by their post-win statements, strove not only for themselves and the Team, but for the hopes of youngsters, girls of color, looking to their future with hope.

Twenty-year-old Simone Manuel, the first black woman to win a gold medal in an individual swim event, reacted with tears and wonder. Fully aware of the longstanding barriers between blacks and pool access, Manuel said, “This win hopefully brings hope and change to some of the issues that are going on. My color just comes with the territory.”

Michelle Carter, 30, was the first American to win a gold in the women’s shot put, an event open only to men until 1948. Tall, full-figured, a professional makeup artist, Carter is a self-described “diva” who loves clothes and glitter and is a spokeswoman for positive body image. As she said, women can throw heavy (8.8-lb) balls and be in the dirt and “we can look good while we’re doing it.”

Carter is responsible for her win, but she had a sterling mentor: dad Michael took home a silver in the event in 1984 in Los Angeles. His daughter now grins: “Of course, I can’t wait until I get the medal and I can walk around the house and say, ‘Daddy, I got you!’”

Sabre fencer Ibtihaj Muhammed, 30, an African American Muslim, became the first U.S. athlete to compete at the Olympic Games wearing a hijab. Garnering bronze, she reported the joy of being “able to stand on top of that podium and represent our country, and to show…girls out there… our youth out there, that they can accomplish anything.”

With all the praise due these women, Muhammed’s word “our” is the one to keep in mind: “our country,” “our youth.” American strength and unity come through embracing all our citizens.