A Word In Edgewise: A Tale from the Dark Side 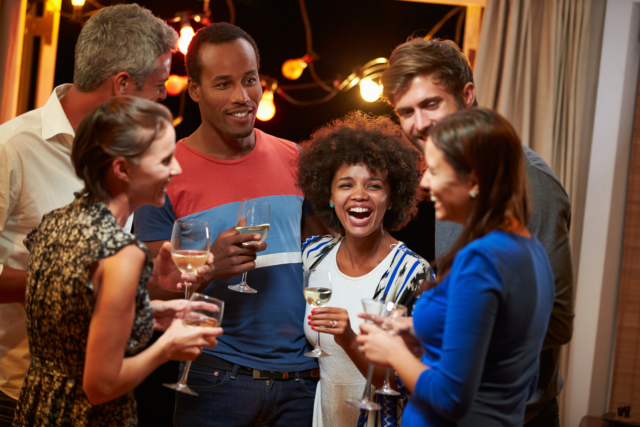 Some time ago, well, several decades now, back in the early 1970s, though it seems like yesterday, I witnessed an event that has remained with me to this day.

An acquaintance of mine (I’ll call her Emma) was having a house party one afternoon for our usual gang. We were in our early 30s then, and had known one another for years. At some point, Emma’s parents dropped in for a while, and with them a couple of other “adults” including the man who stars in this incident. He was unremarkable in any outward way other than being older and supposedly more adult than the dozen members of our group. An ordinary guy who bore an ugly, unwanted revelation.

Introducing himself to Emma, he asked if she were married and then, if she had children. She said she was no longer married, that she did not have children, nor did she intend to have any in the future. He launched into a lecture on how “people like us, with brains and education,” should be the ones having children, warning that otherwise “those inferiors” would be outbreeding us “superior people.”

Emma answered something to the effect that nevertheless, she had no intention of having children and nothing would change her opinion on that matter.

At this point, her interlocutor, who I must repeat had never laid eyes nor anything else on Emma, drew himself up to his full height, puffed out his chest and declared, “I could make you have children! I could make you pregnant right now!”

Emma looked him in the eye and enunciating slowly and clearly said, “I don’t think so. I’ve had a tubal ligation and there’s nothing you can do to make me pregnant no matter how hard you try.”

To this day, I’ve never seen the kind of change that washed over his face. From self-assured superiority, his countenance ran a gamut of frustration, rage, chagrin, and, finally, utter powerlessness. Without another word, he turned and stalked out of our lives.

The single arrow in his quiver was sexual dominance, and once that was symbolically snatched and broken over Emma’s knee, he was finished.

Nothing new. A tale told for centuries before; a tale being told today. What hope for tomorrow?