A Safe Place For Youth 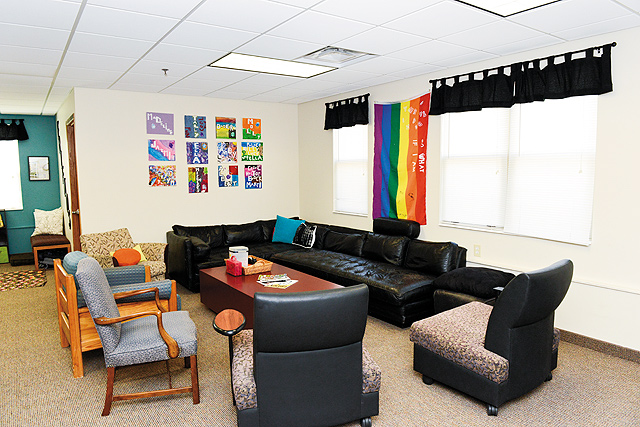 Do you remember how you felt about your sexuality or gender when you were 14 years old? Were you confused? Scared? Isolated? Kick-ass?

For those dear gentle readers who are Millennials—with young memories—the answer is a no brainer. On the other hand, for Gen Xers, or even more so for Boomers like me, the response may not be as easy. It may also be filled with some regret over lost chances.

The question of what I thought as a young teen jumped out at me last month when I was invited to a weekly support group named “So What If I Am?” at The Bridge for Youth in Minneapolis. It’s the longest-running GLBT youth support group in the Twin Cities; as best anyone knows, the inaugural meeting of the group occurred in 1992—a time when society wasn’t particularly welcoming to gays and lesbians of any age.

With a staff of forty-three, which includes many social workers and youth counselors, The Bridge for Youth helps at-risk youth in a variety of ways. (Note: I’m a member of the BFY’s board of directors; however, I’d consider this place super cool even if I wasn’t affiliated with it.) 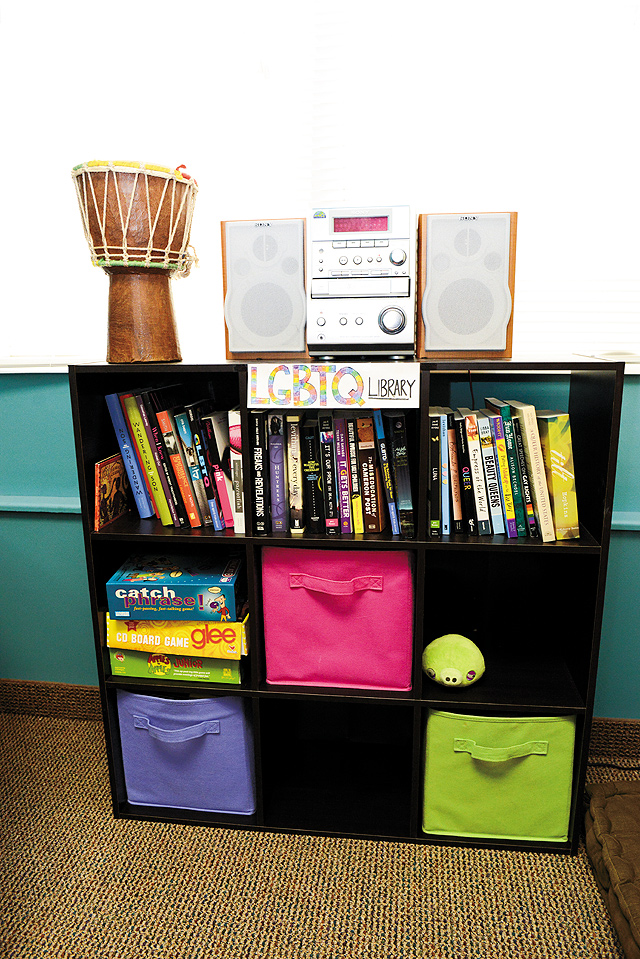 The organization annually serves about 1000 youth, ages 10 to 17, many of whom have had juvenile justice issues or have been survivors of sexual abuse or sex trafficking. A fair number are GLBT-identifying and struggling with parental or self-acceptance issues. The BFY also provides temporary or transitional housing, the latter for teens seeking to live independently. The program also offers nonresidential counseling, support and life skills training, which includes “So What If I Am?”

I admit that I was apprehensive about sitting with a bunch of queer teens on a late Tuesday afternoon in order to write this piece. After all, I was a middle-aged outsider; would they even be willing to talk to me?

Not a problem, as it turned out. The group, which included four female-born and two male-born teens, some of whom were of color, ranged from “just-turned 14” to 17. They self-described as lesbians, gays, and bisexuals. Some attended city schools; others were from the ‘burbs. Several had parents who had brought them to “So What,” which I thought was about as supportive as a parent could be. (I later learned that the parents go out for coffee while they wait for the meeting to end; in essence, their own support group.)

As we sat in a room adorned with a large rainbow flag and filled with comfy couches, each teen “checked in” with a brief update of their lives in the time since the prior week’s meeting. Most of these folks were regulars, making it easy to simply pick up where they last left off. 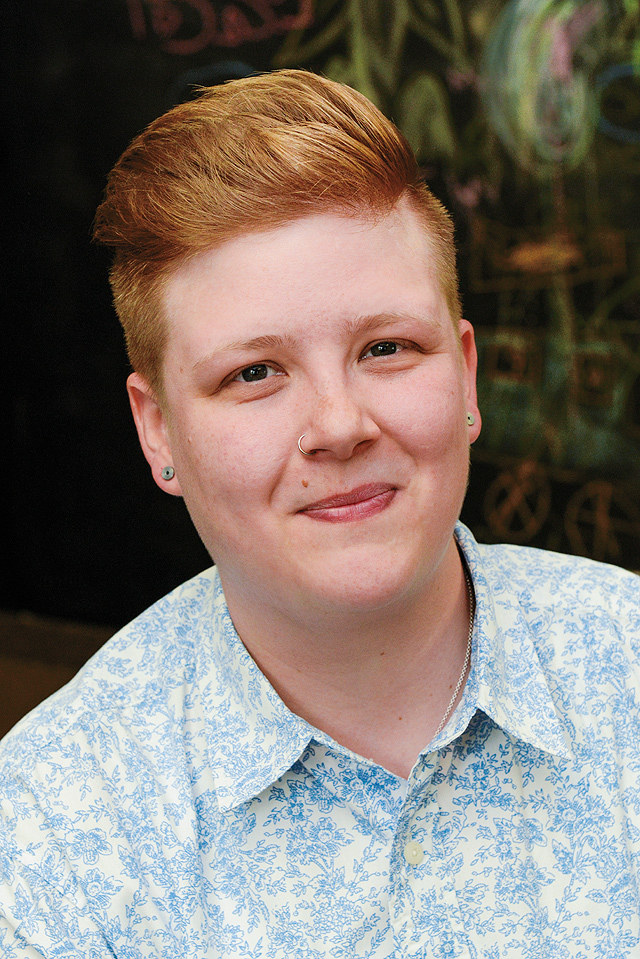 There was one newcomer, a Saint Paul high school freshman who had recently come out to his mother at three o’clock in the morning. Happily, Mom was unfazed by the news. On the other hand, “My dad doesn’t know,” the newcomer said. “He’s made derogatory comments about gays in the past, so I don’t know if I’ll ever tell him.”

There were understanding nods from the group. Each of these folks has had to navigate coming out to a variety of people in a variety of ways. They were way more brave at their ages than I could ever imagine being.

“It takes effort to create a safe space,” advised Kristan Clow, the BFY Youth and Community Outreach Manager and lead facilitator of “So What.” She added, “We want a place where people treat each other well.”

From what I could see, Kristan and her BFY colleagues (a social worker intern also attends group meetings) should have no worries in that regard. For seventy-five minutes, I listened as the group shared both honest words and good-natured jabs. I lost count of the number of laughs and tears, some of which were directed at me as I was called upon to share my story, stranger or not. 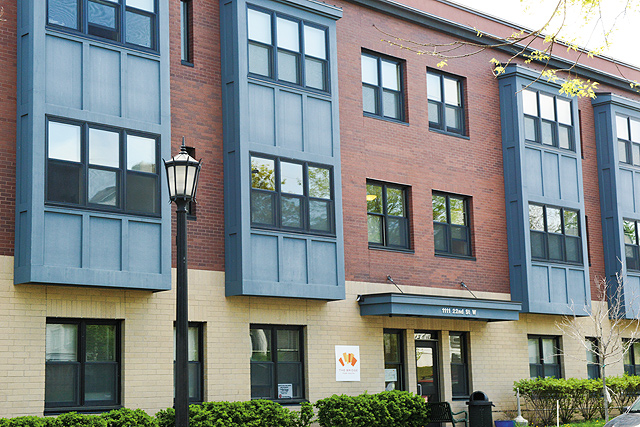 Talk about respect. And safety. I wanted to adopt each group member. These people certainly could teach just about anyone a thing or two about showing up as real.

I thought back to living in small-city Iowa in the 1960s and ’70s and how having a collection of safe people to talk to could have made all the difference in the world. I could only think of how my life would have been different had I experienced such empowerment.

Apart from the group’s longevity, facilitator Kristan stated that a standout feature is the age group served. “What’s unique about this group,” she explained, “is that it’s younger.” With an age range from 10 to 17, this support group differs from other Twin Cities youth support groups, which are generally focused on 17- to 23-year-olds.

In fact, in the four years that Kristan’s been facilitating the group, she’s seen “younger and younger teens” attend.

I’m sure part of this is due to growing societal acceptance. However, I suspect another reason lies with how the BFY is so incredibly welcoming. As Kristan described it, the group’s participants, “Feel normal and not like freaks or outcasts.” 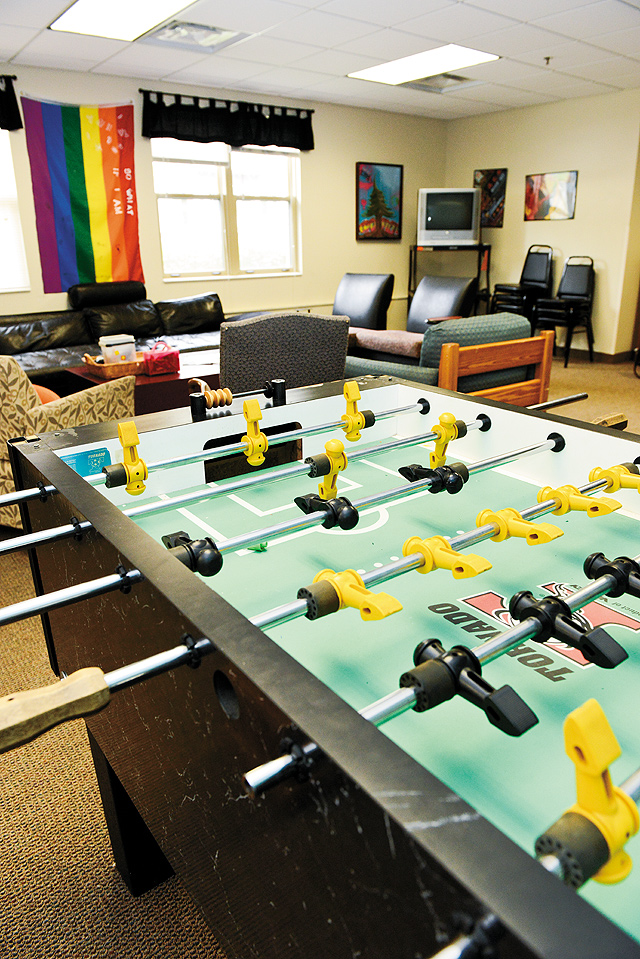 This held true during my visit. The teens I sat with were extremely supportive of each other. One self-identifying lesbian confessed to multiple crushes, including her track coach and a mom down the street. The admissions generated other crush confessions, but no criticism or judgment.

Another hot topic was bullies and how, in some school settings, they’re fast becoming the minority.

“Andre” (pseudonym), a jokester in the group, spoke of a recent experience where he sat at the back of a school bus. Someone from among several teens on the bus made a homophobic comment and quickly got up to take a seat at the front of the bus, as a way of shunning Andre. However, as Andre related, “No one else in the bus moved to the front.” He continued, “I thought it was cool that his friends just sat there with me.”

The story made me think that maybe some of those anti-bullying messages are taking hold.

Kristan stated that often newcomers to the group are quiet or withdrawn, yet within several sessions, “Their confidence builds and they’re sharing stories and experiences. They find out they’re not alone.”

As if to reinforce this, when the Saint Paul freshman spoke of his father not being accepting of gays, a young woman in the group moved seats so that she could put her arm around the freshman’s shoulder. It was an extremely kind thing to do and apparently for her, natural as well.

Group members also check other members when their thoughts veer to the unhealthy. “I repeatedly see kids end their negative thinking as a way of dealing with pain,” Kristan reported. “Group members support each other and hold each other’s stories,” she said. “For example, someone will say, ‘This is my third month of not cutting,’ or ‘It’s my fourth month of not calling my abusive ex.’”

Crucially, the support doesn’t stop with the teens; “So What” also helps parents and family members who are struggling along with the youth.

A single mother whose transgender daughter has been a group regular told me, “Without this group, I’d be lost.” As happens quite often with trans youth, her daughter had previously attempted suicide. Twice.

“Kristan has held me together,” the mom said. “If I have problems, I call Kristan.”

As I thought about it, this is what makes “So What” and the BFY so valuable to the community. They offer resources for younger teens and their families where caring professionals like Kristan Clow will give everyone breathing room to find their emotional footing. Anyone can take advantage of these resources, regardless of income, stature, race, or orientation.

“A safe place” as Kristan put it.

Isn’t this exactly what so very many people need?