A Quarter-Century Over The Rainbow 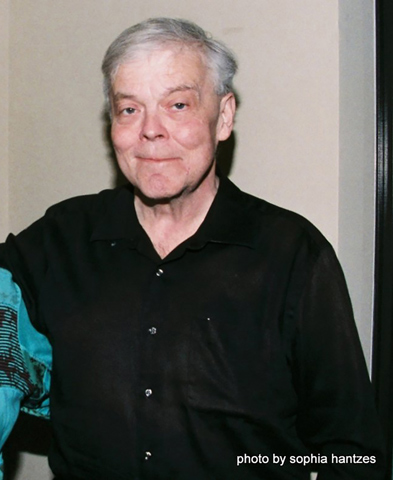 George Holdgrafer is the co-founder of Lavender Magazine, and is the seniormost extant member of the gay press in the Twin Cities. File photo by Sophia Hantzes

The day was June 9, 1995. As that year’s Pride Month was in full swing, newsstands across the Twin Cities were treated to a humble periodical, made up of newsprint and a desire to celebrate our community. Twenty-five years later, that magazine is still here, an incredible accomplishment beyond the wildest dreams of co-founders Stephen Rocheford and George Holdgrafer.

In the last 25 years, Lavender Media has also been honored with awards from the Minnesota Magazine & Publishing Association (MMPA) over a hundred times, including winning its top honor—Magazine of the Year—in 2016.

Lavender has been proudly continuing the legacy of the local LGBTQ press in Minnesota, according to co-founder George Holdgrafer.

“A lot of publications have come and gone,” said Holdgrafer. The first was GLC Voice, which Tim Campbell founded in 1978 (under a different name which changed after a couple of issues); a total of 32 other publications had started and ultimately went out of business.

Holdgrafer, who is the senior extant member of the gay press in the Twin Cities, was in contact with longtime friend Stephen Rocheford. For their new joint venture, Holdgrafer and Rocheford agreed on George’s choice of the name Lavender, in an effort to reclaim the term from the negative connotations it held for the gay community decades earlier. A business approach was taken to Lavender where the gay middle class could come out of the closet with a publication that they could advertise in.

Thus, a new publication was born. Since the beginning, Lavender‘s mission has been “to appeal to the greatest number of Minnesota LGBTQ readers, and direct them to our advertisers.” Holdgrafer believes that one reason for Lavender‘s longevity has been its financial viability and stability. 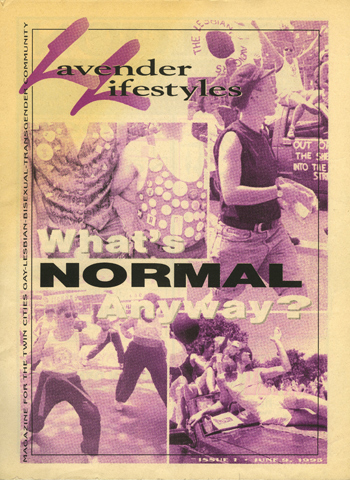 “From the outset, it was run like a business,” said Holdgrafer. “Earlier publications were well-intentioned, but weren’t really run… as a serious business. So from the outset, we wanted to do that. Also, we got some tremendous writers that were incredible.”

For the last quarter-century, Lavender has boasted terrific content written by massively talented columnists, ranging from theatrical reviews and automotive expertise to culinary roundups and profiles of local LGBTQ and LGBTQ-friendly artists, business owners, and nonprofits. Two of the writers who penned columns for Lavender‘s first issue stayed onboard for over two decades: legendary arts writer John Townsend, who consistently wrote for Lavender until his untimely passing in October 2019; and the great “Leather Life” columnist Steve Lenius, who is currently the longest-tenured writer in Lavender history.

Another longtime and beloved Lavender stalwart has been former Managing Editor and current Editor Emeritus E.B. Boatner, who currently pens “A Word In Edgewise” and “Books” for the publication. Other longtime columnists still writing for us include the wonderful “Our Rides” guru Randy Stern; the brilliant “Skirting The Issues” writer Ellen Krug; the outstanding travel anecdotist Carla Waldemar; and the one-and-only Bradley Traynor of “Eat The Menu” fame. Lavender has also been proud to have photographer Sophia Hantzes take photos at LGBTQ events across the Twin Cities metro and beyond for the magazine since 2000.

Today, Lavender has 262,299 readers for the print magazine and its digital version, and almost 100,000 more who connect with our Big Gay News arm.

“It’s hard to believe that it’s been a quarter-century since we started, but obviously I’m tremendously proud,” said Holdgrafer. “It’s been a cooperative endeavor. Stephen certainly has been a marvelous business partner. It’s simply because we ran it like a serious business.”

Holdgrafer also lauded Lavender‘s advertisers as the backbone of the whole endeavor.

“We started out on newsprint, and then eventually went to color glossy, which still is the format,” he said. “But we couldn’t have done it without our many advertisers.”

What started as a newsprint periodical with a dream evolved into a proud representative of our rainbow community for the last 25 years. With over 650 issues to its name, Lavender is proud to continue serving the LGBTQ community in Minnesota through thick and thin. As we look forward to the future, we want to thank our amazing readers, advertisers, partners, and inspirations for being there with us every step of the way.