A Gay Girl’s Guide to Life after College 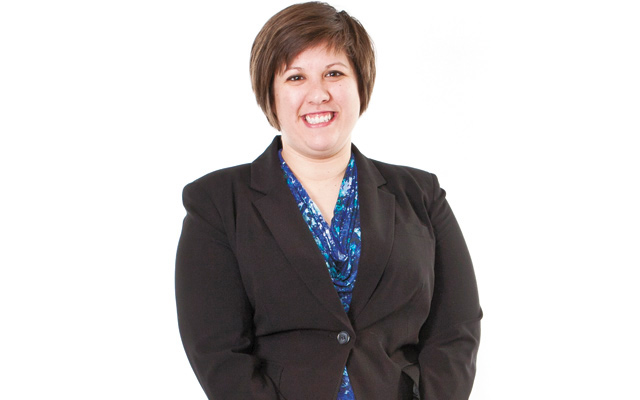 I’ve made it. It’s been a year, and I’m still standing. Still breathing. Still living. I’ve made it through that awkward, awful, and (yes, I’ll say it) awesome year after college when the world is suddenly REAL and responsibilities are REAL and jobs are REAL and life is actually REAL. Last May, I received my ticket to adulthood (or was it a kick in the pants?) when I took off my cap and gown and said goodbye to the stresses of papers, performances, extra-curriculars, and resume-worthy activities. I traded all that in for that optimism only held by the newly graduated, and I started living my life. I was ready to change the world, and my diploma gave me every right to the very best of everything. Or so I thought.

My self-elected year of well-deserved rest from the trials and tribulations of academia has been anything but restful, but I refused to let my optimism be stifled…for the first three months. Slowly, the realization that I am not changing the world—or doing much to be particularly proud of—sunk in and left me in a state of disappointment. Is this what real life is like? Am I going to be living on the cusp of financial ruin forever, burdened by student loans that I’ll be paying off until I’m 40? Am I going to work menial jobs for the rest of my life and forego my artistic passion in order to put food on the table and clothes on my back? I don’t know what I expected life after college to be, but this was definitely not it.

After wallowing in crippling self-pity for a couple of months, I did what my mother always told me to do. I put on my big girl panties and dealt with it. I realized that things really aren’t bad—they’re just different. I’m young, I’m resilient, and I’d rather go out swinging than let life steam-roll over my forlorn body. I’ve made a good life for myself, and I’m actually happier and more confident in my sense of self than I’ve ever been. And here I am, not sure whether or not I can be considered a “success” story (and not really caring if I am), but more confident than ever that this year has been more necessary and more worthwhile than another year in a classroom would have possibly been.

I’m not going to present the ridiculous façade that I have my life completely figured out, or even that I fully know who I am and where I’m going, but I do believe that the lessons I’ve learned in the last year are quite possibly universal (and most definitely comical). Thus, without further ado, I present what I’ve learned while (informally) enrolled in Life 101: How to Survive without the College Safety Net.

Relationships should build you up, buttercup. Stephen Chbosky was right; we do “accept the love we think we deserve.” Friends, family, chosen family, and partners should be in your life because they are willing to grow with you. If a relationship is on the fast track to nowhere, get off and find another route. A relationship shouldn’t be volatile or dangerous, nor should it thrive solely on Netflix and clubbing. Relationships and friendships shouldn’t be a struggle. They should be a joy.

After too many dead-end “relationships” to mention, I finally found someone who was worthy of my love and time. I didn’t find my true love in college; I found her three months later, when I realized that I deserved someone who would cherish me as much as I cherish them. With impeccable timing, Krissy Bradbury waltzed into my life and swept me off my feet, and we’ve been skipping along joyfully ever since.

Krissy is the type of person everyone should have in their life. She’s genuine. She’s honest. She’s supportive. She’s intelligent enough to be intimidating, but humble enough to learn from others. Her resilience and her loyalty make her the most admirable woman I know, and she has chosen to share her life with me. She is a woman of her word, and she means what she says. I never have to second-guess her intentions or question her motives. It also helps that she’s cute as a button and goofy enough to have late-night karaoke sessions in our living room.

What makes this relationship work is that we motivate and support each other. We push each other to broaden our horizons. (Never in a million years did I expect to run two 5K races and actually enjoy them.) But most of all, our relationship works because we both know that we deserve to be cherished, and we both deserve love and happiness.

Sometimes, you just have to let it be.  College is the time where you’re allowed and encouraged to form your own identity. For GLBT students, this freedom can be simultaneously freeing and oppressive. Once you figure out who you are, your identity becomes something to be celebrated and obsessively displayed. At my alma mater, GLBT students are encouraged to be open about who they are (which is awesome), but other parts of an individual’s identity can be overshadowed. Stepping away from the college environment allows you to simply be you—your gender and sexuality are just one part of your identity and don’t need to be your sole distinctions.

I came from a small town in Nebraska where very few people are out of the closet. We all had our suspicions of who was gay, but we sure as hell never talked about it. (Imagine my surprise when, years later, I found out that the majority of my high school friends are gay like me!) When I moved to Augsburg, I was immediately embraced by a welcoming community, and my eventual coming out was respected and celebrated.

With my newly-accepted identity worn proudly on my sleeve, I became a self-appointed spokesperson for everything regarding gender and sexuality. I proudly brought a lesbian perspective into the classroom, and I performed gender-bending roles in several theater productions. My research and projects tended to focus on GLBT themes I found in classroom material, and I talked about being gay ALL THE TIME. It was exhilarating, this newfound diversity of mine. It was also exhausting.

Though I still proudly identify with and participate in the GLBT community, I’ve found that no one in the real world (especially at work) actually cares about me being gay. I’m open about my sexuality, but I don’t find it necessary to run into every room and shout “I’M GAY I’M GAY I’M GAY” while waving a rainbow flag. People know me as a lesbian, sure. But people also know me as a writer, as an adventurer, as a musician, and so much more. It’s such a relief to simply live and let live, to let my whole self be present and not overshadowed by one part of my identity.

Time is on my side…finally. College tricks us into believing that we must always be juggling six hundred different things at once. We have to do everything, and we have to do everything well. To be stagnant, to simply exist, is not acceptable! A college student must excel in her courses, volunteer in the community, participate in extracurricular activities, juggle internships and jobs, and maintain a healthy and active social life! When college ends, it’s easy to feel empty and even lost without a constantly full schedule. What’s life if it’s not fueled by caffeine, stressful all-nighters, deadlines, and the desire to be the best at everything? It’s a relief—that’s what it is.

As a student who graduated Summa Cum Laude with departmental honors and two degrees, I was used to functioning at an extremely high level at all times. I would rush from work to class to rehearsal, collapse into my bed, and immediately begin the cycle again the next morning. I had to do everything—and I had to be the best. Though I (barely) made it through alive and (mostly) maintained my composure, I wasn’t used to a less demanding routine once college ended. Once the joy of graduation wore off, I felt like I was doing nothing with my life except working. I felt empty.

That emptiness turned into depression when all my frantic multi-tasking was replaced by reflection. Who was I without the Theater Department, the Honors Program, and the Feminist Collective? Did an emptier schedule make me a lazy person? Was I sliding down into the depths of mediocrity? After a month or two of self-pity and fear, I realized that carrying a lighter load allowed me to be fully present in everything I do. I can choose where to put my time and effort, and the quality of my involvement has greatly increased. I put my heart into my work and play, and I can be fully engaged in every situation.

By not running myself into the ground every single day, I’ve been able to take care of my mental and physical health. I’ve learned the importance of balance and the value of moderation. I can function at a sustainable level, and I no longer find it necessary to live fast and furiously. Though I sometimes feel a bit stagnant, I can finally appreciate the beauty of my current situation.

Well, class, there you have it. I’ve given you all my wisdom and wit, and now you must do what you will with it. In five years, I’ll most likely have changed my mind about everything I currently believe is true and find my 22-year-old knowledge absolutely hysterical, but I’m okay with that. I’m a work in progress, and I’ll always be a student to the lessons of the world. But this time, my education isn’t about getting a diploma. It’s about enjoying the ride.