Skirting The Issues: A Tough Crowd 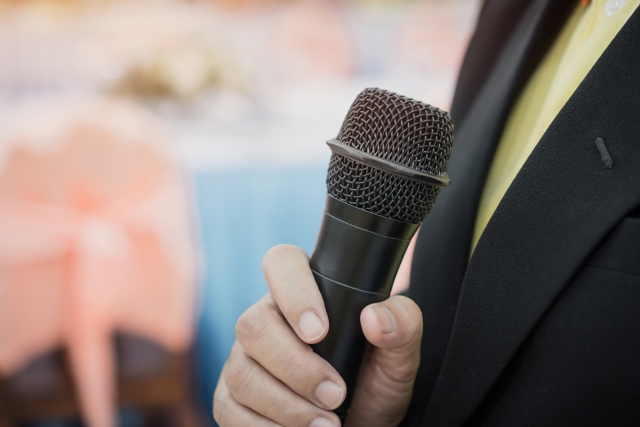 Last year, training on human inclusivity across North America put me in front of more than 10,000 people. In November, I encountered what was by far my biggest challenge of the entire year: law enforcement professionals.

In other words, cops.

It wasn’t a big group—only thirteen, all male, a few were persons of color. They were in a law enforcement education class at St. Mary’s University; I was to talk about what it means to be “Other in America.” As a transgender woman who doesn’t “pass” for a genetic female due to my voice (e.g. many folks figure out that I’m trans as soon as I open my mouth), I know about being visibly “Other.”

I walked into a classroom on a Tuesday evening to find almost everyone with crossed arms and sullen faces. I thought, Oh boy, what a tough crowd. This is going to be real work.

To successfully train on human inclusivity necessitates removing barriers between humans—the emotional distancing we do from one another believing that someone else isn’t at all like “me.” With this group, I started by removing physical barriers; I had them push their desks to the back of the room in order to form a half circle with nothing between them and myself.

Now I had a bunch of arm-crossed, gun carrying dudes sitting just a few feet from me.

I began by speaking of how everyone—cop and non-cop—is working to survive the Human Condition. For me, that survival includes getting “the Look”—a very real and noticeable reaction (sometimes even a startled scrunch) from people I encounter who don’t expect the pitch of my voice.

I don’t think they expected to hear that we shared something so elementary. I went on.

“What’s more,” I said, “In trying to survive the Human Condition, we all want four distinct things, what I call ‘The Four Commonalities’: First, we all want a kid in our life to succeed. Second, everyone desires to be free of physical or emotional violence—no one wants it brought on themselves or on the people they love. Third, we each want twenty minutes of peace—we all know we’ll never get 100 percent, but each of you and I want twenty minutes out on the patio watching the sun go down while drinking our favorite beverage and without someone in the background asking, ‘Honey, where is the…’; and last but not least, everyone in this room wants to love and be loved.”

I watched as some of the sullen faces shifted to engagement. I was hitting them with stuff that was something other than me standing on a soapbox railing about cops beating up people. (And I understand that some reading this might criticize my approach as too milquetoast, but as I see it, the soapbox often doesn’t do much to incentivize transformational thinking.)

Later, we did an exercise I call the “Identity Game,” where everyone self-identified by choosing among nineteen different signs representing various identities, like “Age” “Race” “Family” “Vocation” “Compassion”. I gave several prompts such as, “The identity that gives me privilege is…” and “The identity that people judge me for is…” and asked each person to share why they choose a particular identity. In response, what poured out were stories of being human—one man shared about being born in Laos and then, as a refugee, relocating to Paris before immigrating to the U.S. Another talked about growing up in a household filled with domestic violence and poverty. Others told of being discriminated against for being too young or too black or brown or too patriotic.

At one point, the instructor (who had been teaching the class since the semester started) offered, “Ellie, in twenty minutes of sharing, I’ve learned more about my students than in all the weeks before this.”

With the last Identity Game prompt, “The identity I want to be known for is…,” I watched as the group considered a number of signs before most stood by a single identity: “Compassion.”

In my other human inclusivity trainings, almost everyone who participates in the Identity Game also wants to be known for “Compassion.” It’s proof that all of us—regardless of uniform or other clothes—consider compassion for others core to how we approach the world.

It was reassuring to find that cops are human just like everyone else.

As we ended the night, I took stock of my audience. Now, only two or three sat with arms crossed.