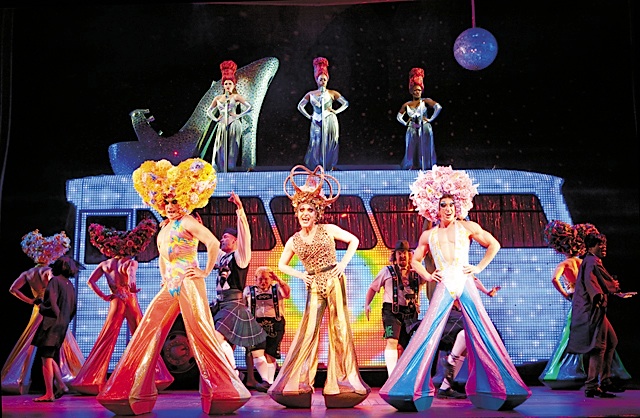 In 1994, Stephan Elliot’s film, Priscilla, Queen of the Desert, set the cultural stage for a vastly expanded acceptance of drag and transgender concepts on a global level. Two drag queens and a transsexual traverse the Australian outback on a road trip decked with sequins, feathers, high heels, and mascara. The juxtaposition of cultivated fashion among human beings and the luminous raw power of nature sears into the viewer’s imagination. And now you can see the stage version!

Parameters are crossed and comfort zones expanded when the trio performs their campy show in isolated Alice Springs. Fans of pop tunes from the ’60s to the ’80s will reminisce with “Both Sides Now,” “I Say a Little Prayer,” “Don’t Leave Me This Way,” “Material Girl,” “It’s Raining Men,” and of course, “I Will Survive.” Bette Midler produced the Broadway production now on tour. In London, it was nominated for the Olivier Award for Best Musical. 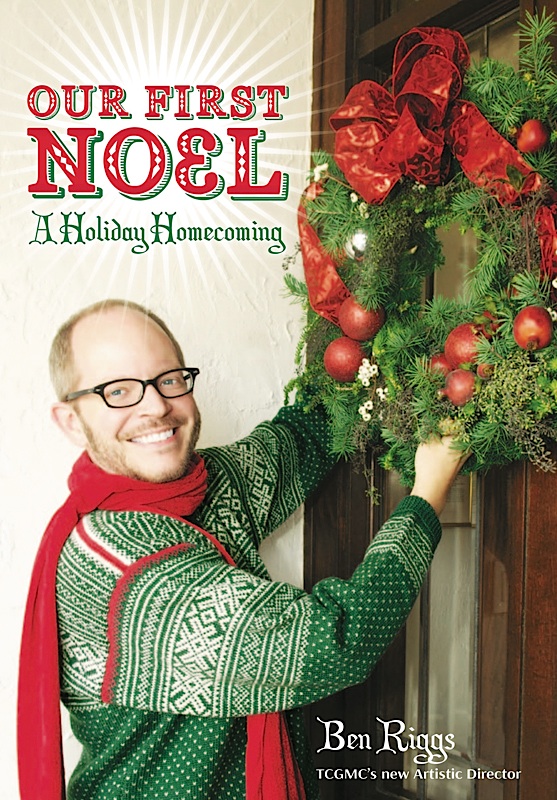 One of America’s most honored gay choruses is home for the holidays with a brand new Artistic Director, Ben Riggs. Classic favorites like “Silver Bells” and “I Saw Three Ships” will be sung, not to mention “Christmas Time Is Here” from A Charlie Brown Christmas.

In the chorus’s history statement, it says, “As an organization that celebrates diversity and uses music as a way to transform, educate, and heal, TCGMC works toward the elimination of homophobia and intolerance of community outreach.”

Formed in 1981, the word ‘gay’ was added to its title in 1991. 75% of its audience is from the Twin Cities metro area, but the chorus has performed throughout the state and been a big hit at national festivals. Over the past 30 years, more than 750 singers have performed for over 200,000 people. TCGMC is also known for their superb commissions dealing with issues of addiction and AIDS. 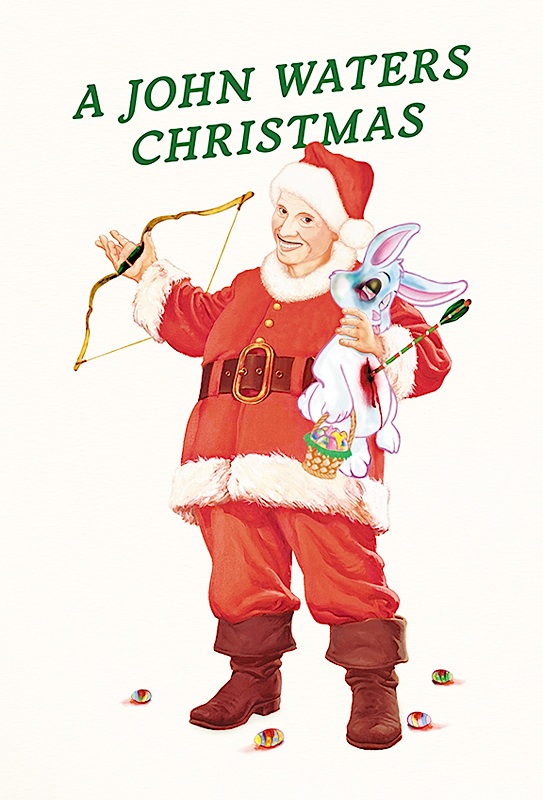 Did you know that the so-called Pope of Trash and Prince of Puke also does an acclaimed one-man Christmas show? The iconic John Waters from Baltimore brings his ‘adult’ humor to put the ‘X’ in Xmas at Mill City Nights. Waters enjoyed a nice long run with his trashy art collection at the Walker Art Center, which actually won him a whole new generation of local fans. However, it’s the John Waters film canon that really put the Pope on the map. Films like Polyester, Hairspray, and Pink Flamingos (which has been described as “gross” more than perhaps any film in cinematic history), have secured him a spot in the pantheon of indie film. Waters’s films also brought forth one of the great drag figures of the 20th century, the late Divine. Other major figures directed by Waters include Kathleen Turner, Tab Hunter, Ricki Lake, and the beguiling Patty Hearst. 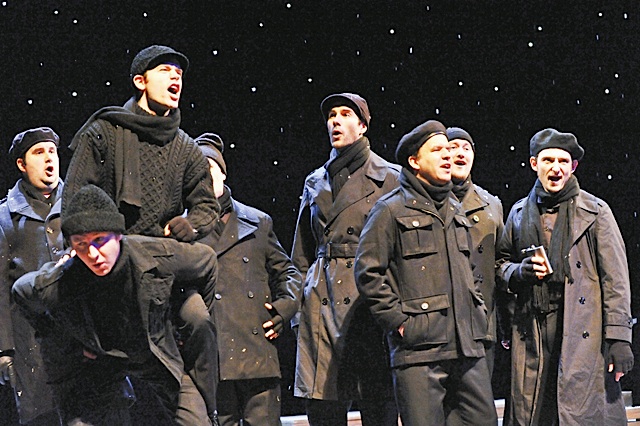 All is Calm: The Christmas Truce of 1914

Christmas Eve, 1914. It’s World War I, and soldiers on both sides miraculously stop fighting and begin celebrating the holiday. Hence, the subject of one of the region’s new holiday traditions: All is Calm, set in a space dubbed “No Man’s Land,” with magnificent vocals by the Cantus ensemble. The actors: John Catron, David Roberts, and Alan Sorenson.

Creator Peter Rothstein shares, “I wanted to tell the story in their words, so I created the drama primarily through found text including letters, official war documents, autobiographies, World War I poetry, grave stone inscriptions, and even an old radio broadcast. I was able to spend time along the Western Front and conduct extensive research in Brussels, Paris, and London. It was incredibly powerful to stand on the very spot and have access to primary sources.” 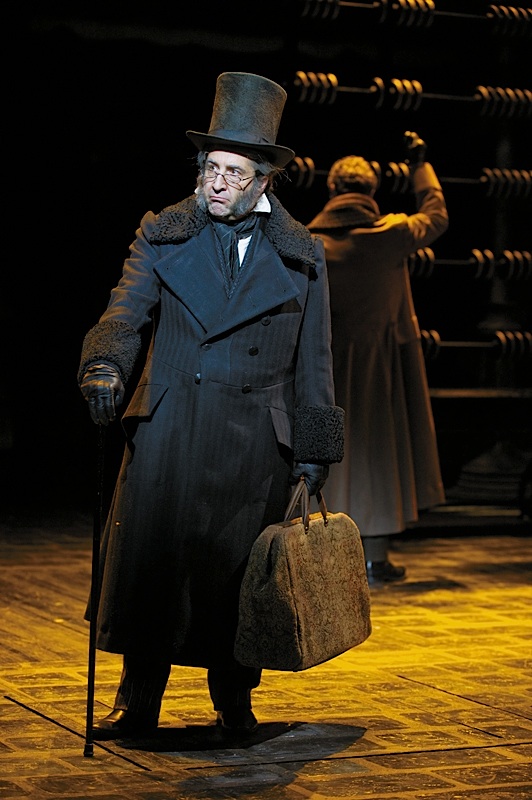 The Guthrie’s holiday favorite is especially worth seeing this year because it’s directed by celebrated choreographer Joe Chvala of Flying Foot Forum fame. Note that Chvala is the “director.” He is known for vibrantly adventurous, original work awash in whimsicality. On the bright side, you may have seen his French Twist at the Guthrie’s Dowling Studio, which poked fun at cultural motifs from France. However, Chvala also has a knack for bringing his vibrancy into dark subject matter. For example, at the Walker Art Center, Chvala created a powerful meditation on Norse myth titled Fire and Ice. At Bloomington Civic, he staged an evocative Into the Woods, Stephen Sondheim’s cryptic re-imagining of classic fairy tales. And most ambitious of all was Heaven at Dowling Studio, which depicted grim realities of a war-torn Eastern Europe. These are surely good signs for directing Charles Dickens’s timeless tale of dark socio-eonomic realities. 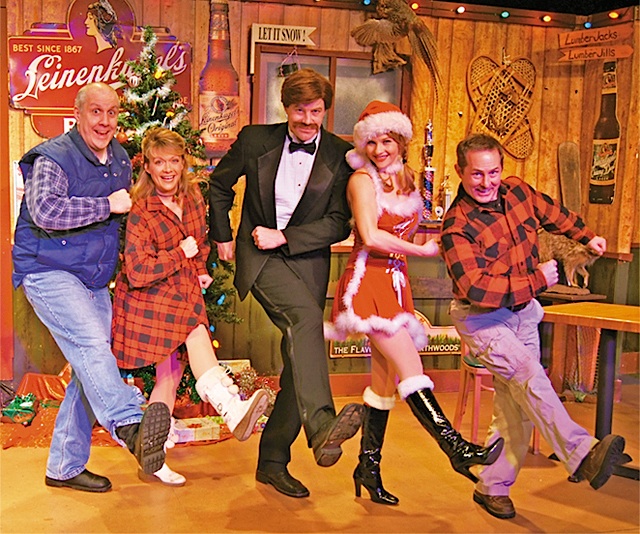 A Don’t Hug Me Christmas Carol

Warning: This show has a tendency to sell out, so you should consider reserving early. Moreover, we can now say that after eight years, the Don’t Hug Me franchise is a Minnesota tradition. Their flamboyant Christmas show spoof is set in Bunyan Bay where a very difficult bar owner named Gunner Johnson has a fit of anger with his wife, Clara, and storms out of the bar, snowmobiles across the lake, falls through the ice, and into a coma. In Gunner’s unconscious dream state, he is visited/confronted by the ghost of Christmas past, present, and future. 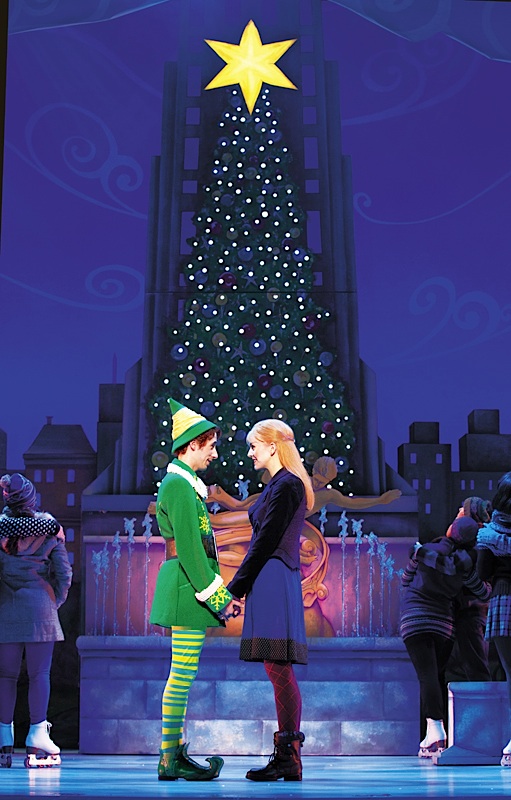 Whatever your religious or lack of religious view is, the Christmas season spirits forth a marvelous imaginative energy that sparks our dreams and fantasies. What we thought was impossible we may consider to be possible. Views that miracles are merely myths are put aside in hopes and visions that miracles can happen. So if you are not tapping into that imaginative wavelength, you may well be missing out. That’s why, just for fun, check out the Broadway musical stage version of Elf adapted from the hit 2003 film.

The national tour challenges those who reject the Christmas spirit. When an orphan crawls into Santa’s gift bag and thence to the North Pole, he becomes one of the family, so to speak. But years later when he realizes he is actually a human being, he goes to the Big Apple to find his father. Unfortunately, he discovers his dad is on Santa’s “naughty” list! 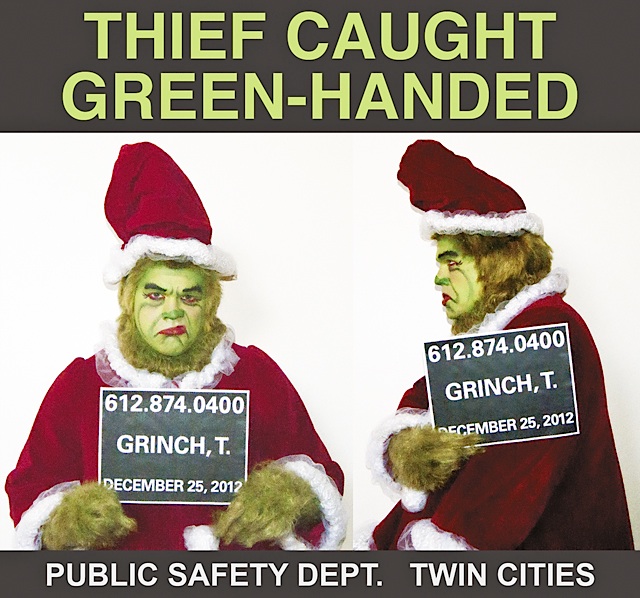 The Children’s Theatre Company of Minneapolis is one of the world’s foremost children’s theaters, and one of their signature shows is back for the holidays. Their version of the Dr. Seuss classic, which first premiered in 1994, actually transferred to Broadway in 2007, and is now revived back home here for the holiday season.

How The Grinch Stole Christmas, the rhyme-driven storybook published in 1957, is the source, of course. It’s about a cave-dwelling grouch with a heart “two sizes too small.” This creature lives atop a mountain and looks down on the happy village of Whoville and is disgusted by the happy Christmas festivities going on there.

The Grinch is so drenched in negativity that he cannot bear that anyone is happy, so he essentially terrorizes Whoville to disrupt and loot their Christmas. It’s a cautionary, but ultimately uplifting, story about the all-consuming character of those who refuse to see good in things around them.