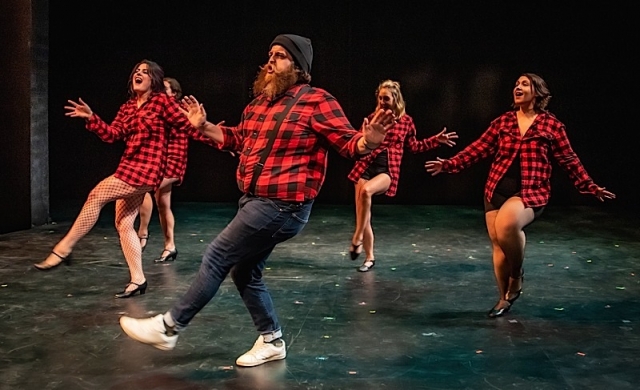 If you just want an hour of silly fun, then catch Chisago the Musical—A Minnesota Musical Parody. That’s right: with an ‘s’. You guessed it. It spoofs the Broadway classic reset from the Windy City to the Land of 10,000 Lakes and hot dish! We’re no longer in the 1920s but the present day (almost the 2020s. Yikes!). In this version, Roxie is a Floridian transplant, who just can’t seem to fit in. Fortunately, a friendly group of lifetime Minnesota, including Paul Bunyan himself, and transplants from other states, show her the ropes (and the recipes). 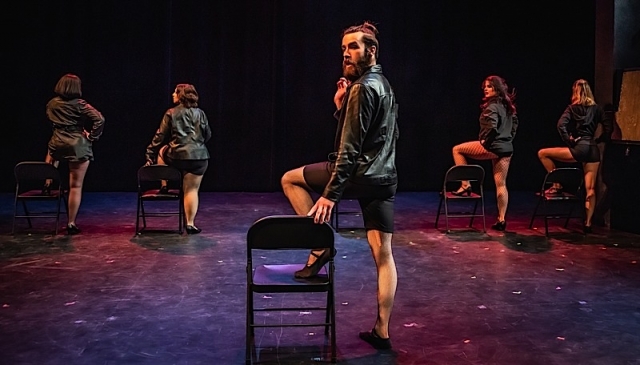 The Kander & Ebb tunes are re-calibrated into the likes of Ice Block Tango inspired by Cell Block Tango and You’re One of Them inspired by Razzle Dazzle. The numbers admirably mirror the sensuous Bob Fosse dance style choreographed by a savvy Kelsey Chester. To be honest, these hoofers are pretty darned good! Not the least of which is Lucas Youngerberg, who charms in a gender non-conforming turn as Mary Sunshine.

Co-writing actresses Kendra Braunger and Carissa Christenson have created a clever crowdpleaser that had the audience in stitches the night I attended. The cast is a mix of lifetime Minnesotans and those who have transplanted themselves here from other states. 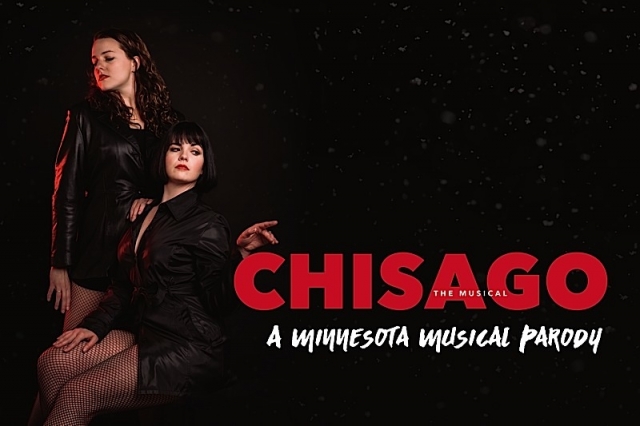