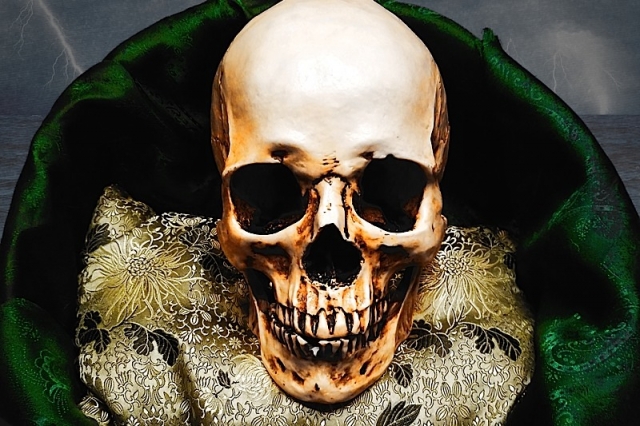 Eric Webster is one of the Twin Cities’ top-notch veteran actors. At the beginning of this decade, he was named Lavender‘s Best Actor in a Musical for Bloomington Civic’s City of Angels and now, as the decade nears its conclusion, he captivates in a macabre dramatic role in Tim Uren’s stage adaptation of The Screaming Skull by Francis Marion Crawford. Uren, also the director, is rightly acclaimed for his impressive period stage work dealing with the supernatural and the fantastical. His Fringe shows have been consistently excellent for several years now.

Webster plays an aging sailor living by the sea who struggles with a premonition of being implicated with the death of a woman. Somewhere in the house is a skull that may have belonged to her. The sailor’s alcohol intake mixed with a troubled conscience is sliding him into a realm of darkness.