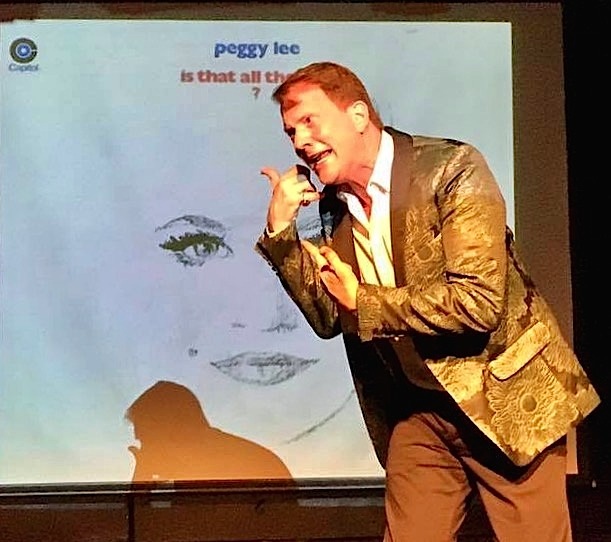 Personal stories performed by solo actors have long permeated the theater scene. The notion that everyone who creates one has attained the technique, artfulness and the real insight to make such stories worth an audience’s time and attention is one of those things it’s impolite to talk about. However, watching an inferior show, solo or otherwise, can turn people off to theater entirely. One bad experience can have negative repercussions—something that is not in the best interest of the theater in general or specific. If you dare to say that certain performances may not be engaging, then somehow you can be wrongly blamed for invalidating that performance or its intentions, or as some will melodramatically put it, “erasing” someone. So perish the thought that someone is entertaining, as is the case with Jamie Brickhouse’s splendid solo memoir performance, Dangerous When Wet: Booze, Sex, & My Mother, crisply directed with a Wildean edge and epic sweep by award-winning gay theater legend, David Drake (The Night Larry Kramer Kissed Me).

Brickhouse relates his relationship with his mother, Mama Jean, a glamorous beauty from Beaumont, Texas, whose frequently volcanic personality could be discombobulating. He places her in alignment with movie queens and torch singers he idolized since childhood, such as Elizabeth Taylor, Peggy Lee, and Joan Crawford. Moreover, he forthrightly shows that so many gay men actually draw strength from profound perceptions of these stars. This is a phenomenon sometimes mocked, or taken (too) lightly, but as Brickhouse reveals, these visceral personae are numinous, empowering, and even disempowering. 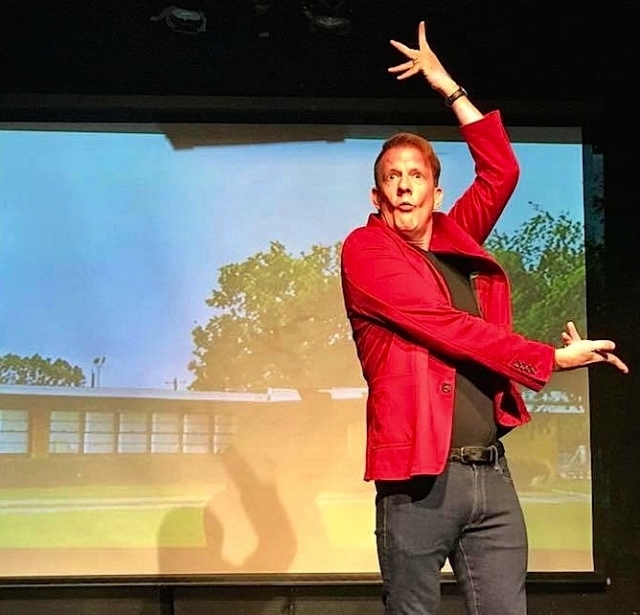 Scenes from childhood are problematic in performance as demonstrated in the story of how a teacher delicately turned little Jamie against his first boyfriend by pointing out that being stigmatized as a sissy by the other boys will make life difficult. Brickhouse, the narrator, doesn’t demonize the teacher, which he certainly could have legitimately done. Rather, he creates a sense of the Texas atmosphere where boys are inexorably compelled to machismo, even when it is totally inauthentic to who they actually are. This of course is a phenomenon worldwide, not just in Texas. The teacher is simply upholding homophobic community standards of the time— standards which have been successfully challenged since the 1970s and ’80s thanks incalculably to work by creators like Brickhouse and Drake.

Dangerous When Wet goes on to cover adolescence and Brickhouse’s life in the New York publishing business and hedonism in Big Apple gay life. The actor masters many transitions that tell juicy tales. In one case, out of school. Literally. For example: his first sexual experience at age 15 in a three-way with two adult men while on vacation in Mexico with his family. He was mistaken to be a young prostitute. What’s remarkable is that Brickhouse doesn’t characterize this as exploitation. He resists turning it into a #MeToo moment. (Audience members, of course, are free to do that if so disposed.) He looks back on it with joy, nostalgia, and an understated sense of sacredness. Perhaps it was his fate. Indeed, many gay men and others of whatever sexual orientation have similar stories of their own early sexual awakening, which they dare not share, for fear of judgment. 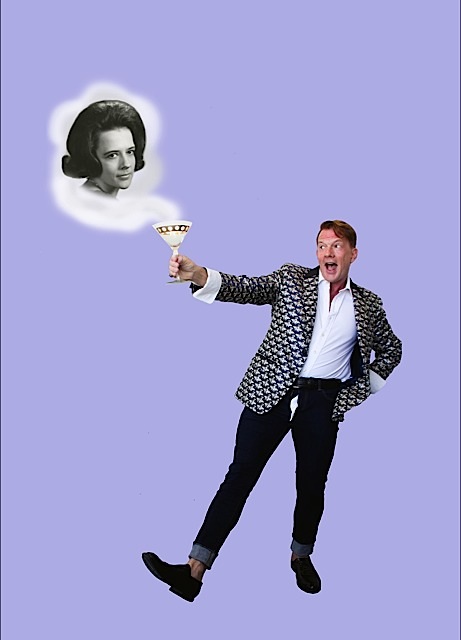 Some of the other virtues of Dangerous When Wet are that Brickhouse 1. Evokes an utterly sophisticated image of the New Yorker, with a southern lilt in his voice, and highball in hand; 2. In light of that, he doesn’t come off as an unlikable cold-hearted snob. This is gratifying because in bringing forth his humanity, he bucks the stereotype of the arrogant gay man. Moreover, the piece unfolds his personal regression into alcoholism, drugs, and the specter of HIV without getting preachy, moralistic, and angrily political. He sees his personal foibles and struggles as his personal responsibility. In addition, the performance is very, very funny.

Jamie Brickhouse stands apart from victimhood performance fare with maturity. He owns his actions and laughs at himself. This allows us to do so along with him. His portrait of his Mama Jean is lovingly delightful, never resorting to bitterness. What could have been cutting caricature is made endearing (an example of strong writing and acting). When she finally learns of his HIV diagnosis, her response is not what he thought it would be.

Brickhouse is ultimately a man with a big heart, quick wit, and a story worth telling.  Dangerous When Wet emanates the vision of an artist who has masterfully honed his craft and richly apprehended hard won insight.  We see how Jamie inherited his love for life from his gloriously vibrant mother. What a tribute!