Tens Of Thousands Protest For Gay Marriage In Switzerland 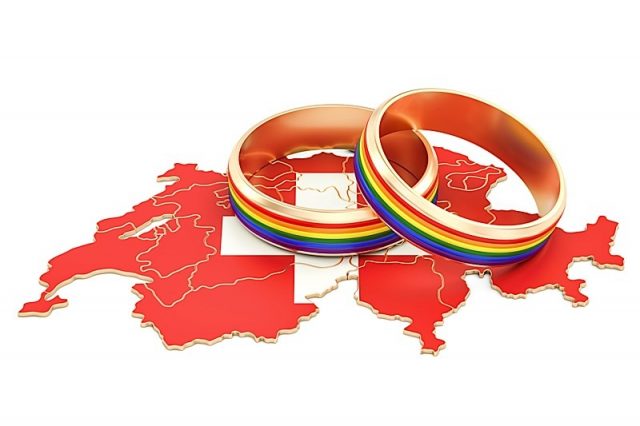 The Columbia Basin Herald reports that tens of thousands protested in Switzerland on Saturday for the legalization of same-sex marriage in the Alpine country, with the protests coming ahead of a national referendum on Sept. 26 on the legalization of gay marriage, which has already been introduced in many other European countries including Germany, Austria, France and the Netherlands.

Read the full story at the Columbia Basin Herald