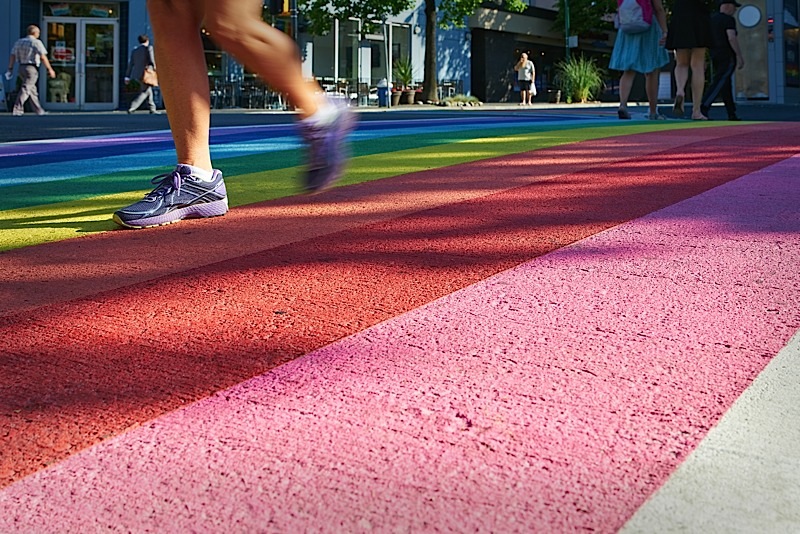 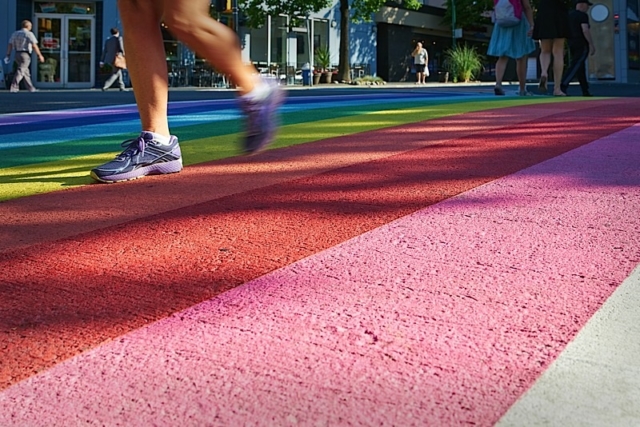 The San Diego Gay and Lesbian News reports that another rainbow crosswalk has been permanently placed at an intersection of an American city, this time its Maplewood, New Jersey, and was officially unveiled on Thursday.