Kansas City is home to the H.C. Nichols Fountain at the Country Club Plaza.

I’m hiking the Chisholm Trail; it says so on the street sign, and there’s a massive bull standing there to prove it. But nowadays the trail through Wichita (a.k.a. Douglas Avenue) is lined with hair salons, a French bakery and a McDonald’s, and the bull is made of stainless steel. But near him lies a store that sells headgear suited for a cowpoke.

Meet Hatman Jack—Jack Kellogg, owner of Wichita Hat Works, who began working here at age 15, and by 17 had bought out the owner. Since then, he’s sold chapeaux to the likes of Luciano Pavarotti, Merle Haggard and Prince’s band.

“Your face shape dictates what kind of hat you need,” he counsels, adding, “If the hat isn’t on correctly, it’s on incorrectly.” Jack specializes in making guys look great. And in revitalizing this corner of Kansas, called Delano (De-LAY-no to the locals). “Delano was for cowhands at the end of the trail: girls, booze and gambling,” he recounts as he steams and shapes a snappy number for a customer. “This was the city’s rotting core. We helped bring it back.”

Delano, tour guide Lee Starkey reminisces, “was a rough neighborhood where respectable folks crossed over the river to be disrespectful.” Today it draws folks to Delano Barbecue Company, where we chomp on tasty brisket and burnt ends. The building once served as studio for celebrated Native American artist Blackbear Bosun, whose iconic riverside sculpture, “Keeper of the Flame,” blazes nightly with a ring of fire.

Follow the riverside path to the Mid-America All-Indian Center which he helped found. It celebrates today’s Native culture with provocative artworks and talking points berating the Indian Barbie and feathered headdresses as Halloween costumes. Bosun’s works here shine with Art Deco flair, and his mosaic murals of the city’s history enrobe the ballroom of the Broadmoor Hotel.

Along Douglas, fountains and water features beautify historic storefronts, such as the City Hall of 1892 turned historical museum, replicating a sweet Victorian cottage and the Mayor’s office of 1892, complete with spittoon. Inside, you’ll find the ax Carrie Nation wielded in 1900 to attack nearby saloons.

Pause at Third Place Brewery, founded by two over-achievers—a surgeon and a test pilot—as the fifth (out of ten) breweries that hydrate the city. Then trek a few more steps and you’re in the Design District, where the city’s vibrant Mural Trail takes hold. (Check out the giant rooster aside Donut Whole before indulging inside). The trail’s 60 murals gains power in the North End, a Latino neighborhood where they’re part of community art “devised to create opportunities for artists of color to use art for social change,” says project director Armando, who works with neighboring African Americans across the tracks to achieve “black and brown solidarity via art.” Among these bold, bright murals, one stands out. It’s painted across a row of grain silos, incorporating faces of area residents to portray the history of people of color in the Horizontes project—the largest, Armando declares, in North America. (For a self-guided mural trail, visit www.Horizontes.com. )

Corn dogs and brisket-topped poutine are a hallmark of the Q39 restaurant in Kansas City.

Black people have been pushed out of the original neighborhood they called home in 1870, when Wichita was founded. Close after the Civil War, they arrived “to chart their new lives on the new frontier,” says curator Paris Cunningham of the Kansas African American Museum that’s housed in the former Calvary Baptist Church of 1917. Here, we learn that schools were not segregated until 1906, when news of the practice reached Kansas. Fast-forward to 1958, when young activists held a drugstore sit-in—the first in the nation. Kansas was also the first state to foster a Black military unit in the Civil War; many vets often became Buffalo soldiers in settling the West.

Stories of settling the west come alive at the Old Cowtown Museum, an open-air representation of a town of 1865-1880. Stroll past 40 buildings, from a church and schoolhouse to the newspaper office, boardinghouse and barbershop, as interpreters reenact olden times.

Before admiring the Edward Hoppers at the stylish Wichita Art Museum, let’s dive back into the beer and BBQ scene for sustenance. The Design District’s Wichita Brewing Company’s quarters are outfitted tongue-in-cheek in Mid-Mod style—vintage padded swivel chairs, sleek panthers as flower vases—as backdrop to an obsession that grew from guys brewing beer in a garage to a brewery that now favors IPAs and sours.

As to ’cue, the brisket and ribs hickory-smoked at B & C Barbecue are calling your name. The site is not your typical dive—rather, a vast and cheery hall in which to get your fix. And it’s not far from the free trolley that roams Douglas Avenue. 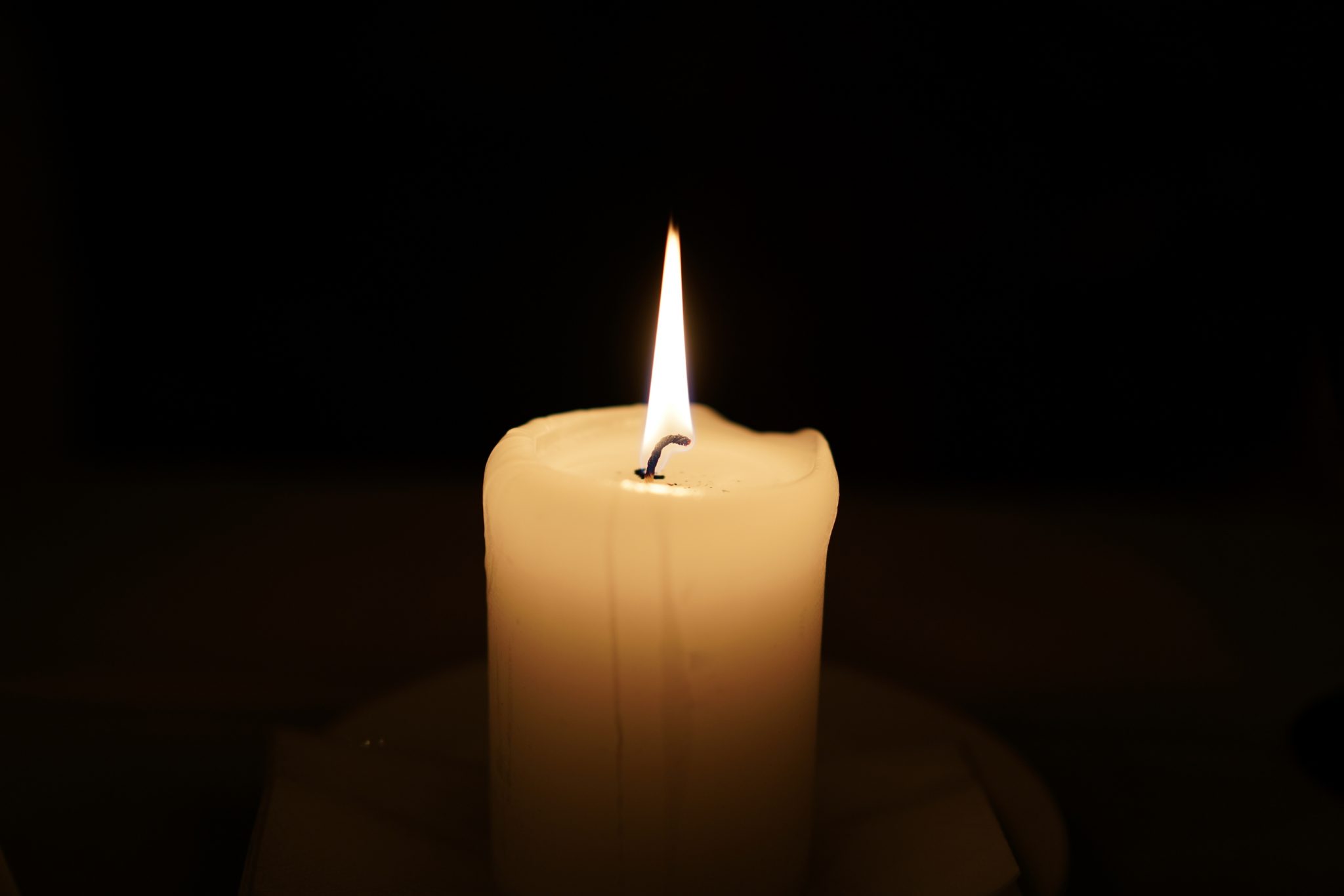 Hatman Jack’s is a long-running Wichita institution specializing in hats and other clothing items.

Before you hit the road, hit the Allen House—the last Prairie-type home designed by starchitect Frank Lloyd Wright. Erected of brick in 1916, it’s eons ahead of its time, boasting features like an attached garage heated by radiators, a monitored security system, a central vacuum system—and, of course, those famous FLW signatures: a strong horizontal line with geometrically-arranged windows under roof tiles in Japanese style. The front door is hidden from street view (and composed of look-right-in plate glass). Frank—good friends with the owners—actually slept here, divulges Burt Burngardt as he guides us to the reflecting pool. End the night at XY Bar, where the GLBT crowd swarms the dance floor. For further information: www.visitwichita.com.

Everything’s Up to Date….

First-timers to Kansas City, consult my account in Lavender May 2018. For recidivists like me, who crave a fix of KC every year or two, let’s discover what’s new, or what’s been hiding in plain sight. Start with the bounty of fountains (over 200) that invigorate the city. Country Club Plaza’s shopping mecca boasts many, from Neptune saved from salvage to another celebrating Churchill chatting with his wife to the iconic H.C. Nichols masterpiece: mermen, horses, crocodiles and more. (Self-guide tours: www.kcfountains.com).

Nothing controversial about Savoy, its revitalization of a famed local restaurant, including the booth favored by Harry Truman. Today dine on eats like tortellini stuffed with escargot; Missouri trout with cornbread salad and fried oysters; or Mom’s pork roast gentrified with cardamom coffee, smoked peaches and pickled blueberries.

But first, a tipple at Monarch, an ultra-classy new bar that puts all others to shame; it’s named for the butterflies that migrate through KC. Above the central bar float 1,000 white butterflies sculpted by art students. Monarch’s owner, an architect, and his cocktail-guru partner visited London (“the city with the best bars”) for inspiration for what’s become “a pretty place for pretty people.” The menu of unique and camera-worthy cocktails merits a reservation.

KC’s Nelson-Atkins Museum of Art’s collection spans 5,000 years, but the hit of the season is actually outside the museum’s walls. Scottish artist Andy Goldsworthy, who works with time and nature in tandem, is creating “Walking Wall,” constructed from stones that workers continually move from the end of the wall to its start, making the wall meander. Then meander, yourself, to the nearby Plaza to JJ’s, a classic steakhouse breathing with new life via a menu favoring great KC steaks, rack of lamb in celery root-Dijon cream, and duck ravioli.

Then, time to try the new kids on the culinary scene, starting with Banksia, an Aussie-focused breakfast hit that knows how to deliver on avo toast and corn-zucchini fritters, or (yikes!) vegemite on toast. Pick up a classy macaron for later on. Or now. Parlor is more of a food hall than a living room. Migrate among seven food stands (Korean to fried chicken, sliders to pizza) plus craft beers, cocktails and people-watching.

Or, let’s talk KC BBQ. An app directs folks to over 100 stops, from shacks to snazzy. Over on the Kansas side, Slap’s (as in Slow Like A Pig) was launched by two contest-winning bros who deliver on everything from smoked turkey and sausage to ribs, brisket and beyond. Don’t be daunted by the line; it’s worth it.

Q39, with outposts in KC and Overland Park, offers “new-school barbecue,” according to CIA-trained chef/ owner Rob Mager, who’s headed Hilton and Four Seasons kitchens. He swears by a “scratch” kitchen to produce everything from his “modern” sides (think: apple- cabbage slaw or cassoulet) to chipotle sausage. He believes in quick cooking—none of this 36-hours-over-coals business. And the best-selling brisket proves his point. So do the ribs. The burger stuffed with burnt ends. The corn dogs crammed with pork belly. The brisket-topped poutine. Hungry for a visit? Check out www.visitKC.com.