Conferrin’ with the flowers isn’t the only to divert oneself here in the Twin Cities. And many of our diversions are season-specific. 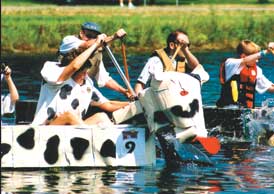 Minnesota’s shortest season is summer, and the Best Ten Days of Summer are collectively referred to as the Minneapolis Aquatennial. The City of Lakes’s celebration of life-giving water is an annual event, that takes place during the third full week of July. The Minneapolis Aquatennial is composed of 70-plus hydrocentric events, including a sandcastle-building competition, volleyball (beach volleyball, natch), a tennis invitational, a triathlon, parades in profusion, and races perpetrated in strung-together milk cartons. Aquatennial nights are filled with multiple block parties and the biggest fireworks display seen in the entire Upper Midwest. And yes, residents of St. Paul are allowed to attend, so long as they don’t draw attention to themselves.

Also a summer-sensitive fete, Valleyfair is open daily from Memorial Day through Labor Day, but weekends during May and September (which is how things are done here in Minnesota). It is the largest amusement park in the Upper Midwest, located in the suburb of Shakopee (no jokes, please). Valleyfair’s oldest roller coasters are the High Roller and the Corkscrew, while the Renegade is the new potential cardiac arrest on the block. While interactive entertainment has come into vogue in recent years, Valleyfair has been hip to that scene for a generation, as evidenced by Challenge Park, whose v.r.-helmet-free (although separately charged) activities include Adventure Golf, Bumper Boats, Go-Karts, and RipCord. Water-fixated visitors can get all pruny at the White Water Country Waterpark, employing such slides and rides as Hurricane Falls, Raging Rapids, and Giggle Run. 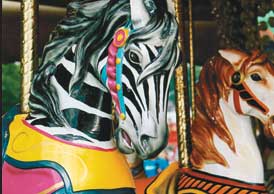 Along these same lines, Fairchild, the State Fair Gopher, presides over the Great Minnesota Get-Together, sometimes known as the Minnesota State Fair. It was here, more than a century ago, that Teddy Roosevelt famously coined the phrase, “Walk softly and carry a big stick.” A little-known historical fact is that the then-Vice-President was not discussing foreign policy—rather, he was discussing his preference in cuisine. Thus was fair fare born!

Well—not really. But here’s the slightest sampling of what provisions are available on-a-stick and à la carte: hot dogs, Twinkies®, French toast, macaroni and cheese, cheese curds, deep-fried chocolate chip cookies, Sloppy Joes, tortillas, pickles, chicken, and—for those who eat at the old school cafeteria—corn dogs. In all, there are 5

9 items at last count. Once someone figures out how to deep-fry wood, look for stick-on-a-stick to join the crowd.

Food at the fair, of course, serves purposes other than mere sustenance. There’s butter sculpture, for instance—a happy side effect of the Princess Kay of the Milky Way festivities. Other artistic expressions manifest in paintings, photographs, and ceramics. The livestock barns, Machinery Hill, and the State Fair Talent Contest are favorite manifestations of the fair experience. Oh, and for the old-fashioned type who goes to fairs for the sake of the rides, your needs can be met, as well: the Giant Slide and the Ejection Seat are the most popular stops for the adrenaline junkies, while the Tunnel-of-Love, like Ye Old Mill, placates those who take their rides in first gear. Kidway, meanwhile, is the carnival area designated to the curtain climbers among the fair goers.

After the weeks-long Minnesota summer draws to a lamentable close, the 13 month long winter begins. Even the most attention-deficient visitor can appreciate what’s technically the first event of the winter, the Holidazzle Parade, which starts the Friday after Thanksgiving and sallies forth until Christmas. Thirty minutes long, the Magical Downtown Storybook Spectacular is not just family-friendly, but overtly, unabashedly kid-friendly, as storybook characters come to seeming life to enact storybook themes, catalyzed by no fewer than a million brilliant lights. The admission-free parade proper starts on 12th Street in Downtown Minneapolis, flowing through Nicollet Mall until it reaches Fifth Street. In addition to storybook characters and glisteny floats, musical groups and marching bands are visible and audible. Oh, and there’s that fellow with the red suit and the white beard, as well. Holidazzle is an event where everyone’s inner child comes out to play. 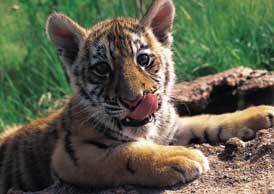 All year ‘round, the Minnesota Zoo is an entertainment option for those willing to brave the wild Minneapolis suburb of Apple Valley. The Zoo demonstrated a kind of Mozart-esque precociousness when it opened nearly two decades ago, in that it grouped its furred, feathered, and finned tenants according to the ecosystems in which their wilder cousins thrived. The five groupings are the Minnesota Trail, the Northern Trail, the Tropics Trail, Discovery Bay, and the Family Farm. Less traditional options include spending time at the amphitheater—during the summer, the Zoo features an amazing concert series—or the IMAX Theater. In summer 2008, a new trail, Russia’s Pacific Coast, is scheduled to open, signaling the official end to the Cold War.

From slipping on the frozen ground to being dropped from dizzying heights, the Twin Cities offers a mainstay of events all year around for the brave.