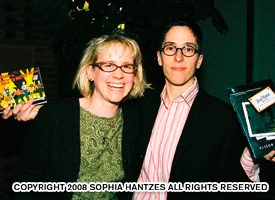 Alison Bechdel, author of the critically acclaimed Fun Home and the comic strip Dykes to Watch Out For, visited the University of Minnesota on March 6. Her pieces have been called “one of the preeminent oeuvres in the comic genre, period” by Ms. Magazine. Her comic strip has been syndicated in more than 50 newspapers and publications, and collected into a series of books with more than 250,000 copies currently in print. Four of her books have won Lambda Awards for humor, and The Indelible Alison Bechdel garnered a Lambda Literary Award in the biography/autobiography category. 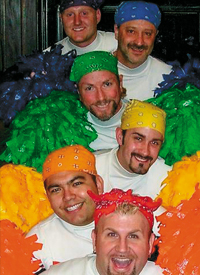 The peppy cheer squad that won a Lavender Pride Award in 2007 has disbanded, at least for now. An e-mail to supporters stated, “It is with a heavy heart and sadness that we report that Cheer, Dorothy, Cheer! has disbanded. Thanks to all of you have supported our fun and work over these last six years!” Cheer, Dorothy, Cheer! used men in cheerleader uniforms to promote diversity and HIV/AIDS awareness, as well as to raise money for charities. They did so through dance and musical performances, with their primary charities being Park House and a local HIV day clinic. As this issue of Lavender went to press, another e-mail from Cheer, Dorothy, Cheer! stated that the group is on hiatus, and will be taking 2008 off to develop a new show.