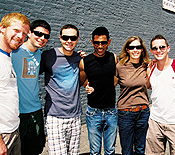 Minnesota Twins Host Out at the Stands

On August 16, the Minnesota Twins hosted the annual Out at the Stands, where members of the GLBT community can bring friends and family to the game, and celebrate together America’s pastime. Sponsored by Human Rights Campaign, Lavender Magazine, and Twin Cities Goodtime Softball League, this year’s event kicked off with a pregame party at Noon in the Minneapolis Eagle parking lot, which had a festive air, as well as free food provided by We Cater to You. The first pitch was thrown at 2:55 PM against the Seattle Mariners, and the game proved to be a nail-biter to the very end. It was tied at the end of the sixth inning, but the Twins proved to be on top of their game with a win of 7-6. 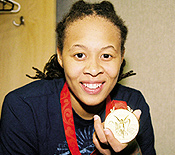 Minnesota Lynx WNBA star Seimone Augustus helped the US Women’s Team win a gold medal at the 2008 Beijing Summer Olympics on the 15th day of the games. Not only will she go down in history as an Olympic Gold Medalist, but also she was part of a greater history. Her team is only the third in the world to have achieved four straight victories at the Olympics. They follow India’s men’s hockey team with six consecutive Olympic Golds and the US men’s basketball team with seven. To top that off, it has been 40 years since any team has chalked up such a record. In a reserve role, Augustus, who averaged 7.9 points per game, was on the court the day America won Gold. 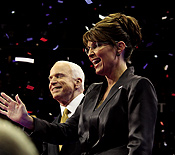 After a rocky start, the Republican National Convention found its momentum, which continued until the end. Most of September 1’s schedule was canceled because of Hurricane Gustav, but things were back to normal for the rest of the event, with minor changes to accommodate lost time. President George W. Bush gave a short speech via satellite September 2. It was the first time in 40 years that a sitting President did not attend his party’s convention, which usually guarantees media coverage. He pulled out to help deal with Hurricane Gustav’s aftermath, as did Vice President Dick Cheney and California Governor Arnold Schwarzenegger for other reasons. A highlight was a speech on September 3 by Alaska Governor Sarah Palin, only the second female Vice President nominee of a major political party. The convention culminated in Senator John McCain’s acceptance speech of his party’s nomination on September 4.