Among cities in Eastern Europe, few have developed a more spirited gay and lesbian following than the sophisticated, photogenic Czech Republic capital of Prague. This remarkably well-preserved and relatively compact city of 1.2 million straddles the Vltava River and buzzes with gay-friendly cafes, bars, and shops. 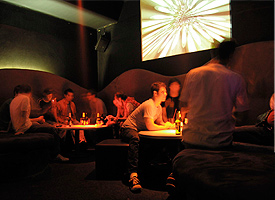 Andrew Collins is the author of Fodor’s Gay Guide to the USA and eight additional travel guides. He can be reached care of this publication or at [email protected].