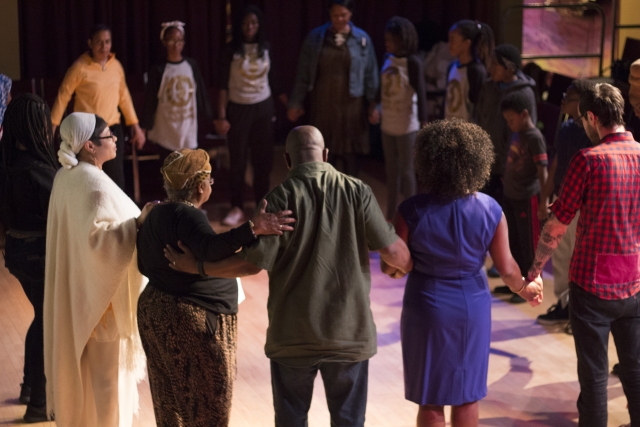 Artists circling up for "I am Woman" (Mar 2016) curated by Danielle Daniel. Photo by Ari Newman 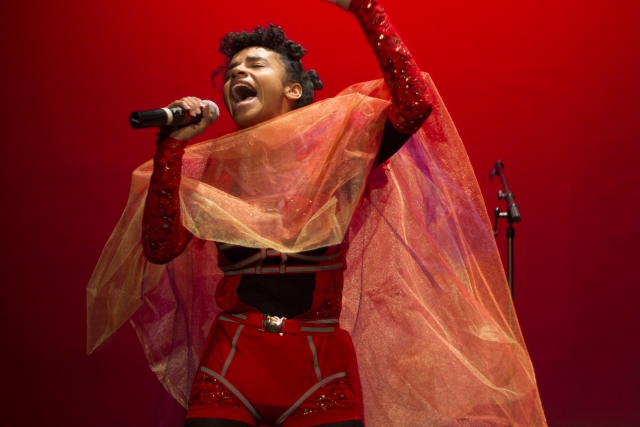 Patrick Scully shared some thoughts on the accomplishments and influence of his renowned Patrick’s Cabaret venues for alternative performance. After 32 years, the anti-institutional institution has folded, but the spirit lives on. He shares how it shaped the local performance scene.

On how Patrick’s Cabaret made its mark on the Twin Cities performance scene:
Patrick Scully: “Thousands of artists have performed at Patrick’s Cabaret in the last 32 years. Influenced by this venue, the local performing arts environment has changed. Some major changes I see: the arts here are more democratic, less determined by major institutions—a stronger ‘Do-It-Yourself’ ethos now exists among artists, replacing an attitude of waiting to get approval from, or access to, a major institution. More arts organizations are willing present queer work—I remember organizations, some with gay directors, who shied away form anything to gay. LGBTQ issues are now more matter-of-factly included when diversity is addressed, in and beyond the art world.”
On how artists can and do impact society:
Patrick Scully:  “I believe that change, particularly in our queer community, begins with artists. First, artists begin to imagine a better world. They put those images into the world in their art. Then activists join with artists to begin to manifest those changes beyond art, into the world. Finally, politicians come along and decide that what exists should no longer be illegal, so they change the laws. Patrick’s Cabaret as been an important part of that change locally, impacting artists, audiences, and the fabric of our entire community.”
On the power of being outspoken:
“‘Coming out is the most important political act there is’: I heard this frequently in the decade after I came out, just before AIDS hit. Then things got more intense. When your friends are dying, you damn well better be paying attention. You need to be out there on the front lines. When your friends are not dying, you need the same commitment. If you’re an artist and you hope to have something to say, you’ve got to be willing to say it with that same ferocity, that same degree of conviction. That explains why I started Patrick’s Cabaret.”

Artists circling up for I am Woman (Mar 2016) curated by Danielle Daniel. Photo by Ari Newman

A Very Short List of Some of the Artists who Played at Patrick’s Cabaret: