With HIV-infection rates on the rise, the Annual Event is more crucial than ever.

Thousands will stroll through Minnehaha Park in Minneapolis on May 15 for the largest HIV/AIDS fundraiser in Minnesota, the 24th-annual Minnesota AIDS Walk, organized by the Minnesota AIDS Project (MAP).

The agency is hosting the event to garner financial support, with more than 5,000 walkers and runners expected to participate. HIV testing will premiere this year, along with a health fair and a concert.

The Minnesota AIDS Walk is a day to raise cash for the cause, according to MAP Director of Development Robert Bitzan. Money taken in will go toward critical services to care for those at risk of or living with HIV/AIDS, as well as funding advocacy efforts and programs on preventing infection. 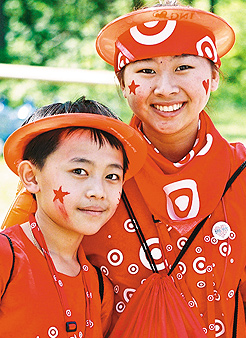 Sponsored by ING, the walk will be a venue to do outreach and educate Minnesotans, ultimately to stop HIV from spreading.

As part of the health fair, HIV screenings will be available in RVs set up around the park. Staff and volunteers from Walgreens Corporate, AMC The Doctors (a clinic in Uptown Minneapolis), and Rainbow Health Initiative will help run it.

Bitzan explained, “We are very excited about [the health fair]. We want to be able to keep HIV education and prevention in the forefront of people’s thoughts.”

The Minnesota AIDS Walk, which began in 1988, remains important, as HIV infections in Minnesota continue to rise.

A spike of HIV infections among men in their early 20s took place in 2009, according to the Minnesota Department of Health (MDH), which Bitzan said illustrates how vital prevention efforts remain.

Bitzan noted, “We’re still fighting this battle. I would love nothing more than to pack up our tents, and go fight something else.”

As this issue went to press, new MDH data on rates of HIV infections were to be released on April 26. Bitzan observed that if rates leveled off or decreased in the past year, it means prevention efforts are working.

Bitzan mused that it is difficult to see young people infected with HIV, and to anticipate challenges they will face in their life. He commented that it would be great if MAP and the walk could do something to stop that from happening to others.

As Bitzan emphasized, “That’s why we are here. Every year.”

MAP partnered with Rock the Cause to create an event that will be both informative and fun, while raising awareness that HIV is, as Bitzan puts it, “incredibly problematic in the Twin Cites LGBT community.”

Rock the Cause will put on an all-ages concert to celebrate and have some fun after the walk. The lineup includes Not Like This, Alison Scott, The Alarmists, and Far From Falling, all Twin Cities-based artists.

The day begins at 9 AM with a four-mile Run for the Ribbon. Representatives from the Positive Leaders Program, who are HIV-positive people involved with policy and advocacy, will be featured in a ceremony after the run. The walk starts at 11 AM.