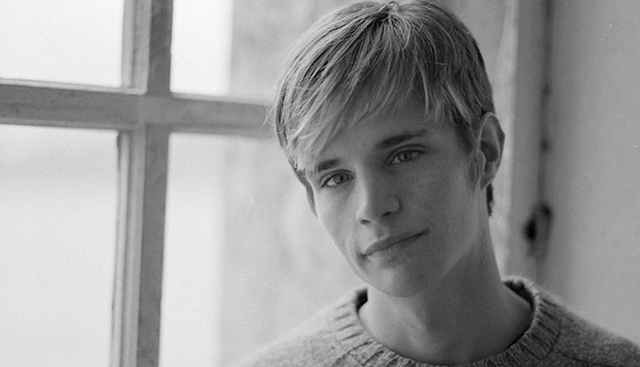 On October 7, 1998, Matthew Shepard was pistol-whipped and tortured maniacally by Aaron McKinney, while Russell Henderson aided and abetted, tying Shepard to a fence post near Laramie, Wyoming. After he was found, the world kept vigil until the 5’ 2”, 105 lb., 21-year-old gay college student died in a Fort Collins, Colorado, hospital on October 12. The two murderers insidiously posed as friendly gay men to lure him into what would become the iconic hate crime of our time.

The historic nature of Shepard’s murder surely has made millions of people—who never would have thought about the subject—aware of the profoundly psychotic potential of homophobia. The downside is that it has made him seem larger than life, not a real person who actually lived and struggled as we all do.

In response to the myth of Shepard, his mother, Judy Shepard, has written the staggering The Meaning of Matthew: My Son’s Murder in Laramie, and a World Transformed. If you ever wanted a book to help anyone—a parent, a friend, a coworker, or even yourself—to understand what it is to be gay in a society that still traffics in homophobia, this is the one. A milestone, it’s a real page-turner.

The Meaning of Matthew is a great work that integrates Judy Shepard’s deep feelings about her son; her view of his choices, gay politics, homophobia, and society; and coming to terms with death. It not only delves into how Matthew Shepard perceived being gay, but also how his parents processed it, and society’s role in all of it as well.

When I recently spoke with Judy Shepard, I found her to be a dynamo for progress in human rights.

You wanted to describe the Matt who you knew, not “Matthew Shepard,” the political icon the rest of the world has come to know. For you, he was simply “Matt.”

The reason I wrote the book is because I felt the public only knew him as Matthew, but he was always Matt to everybody else. I was a little worried that he was becoming very one-dimensional and all too perfect, and not really a real person. I just felt it was important that everyone who knew him as the iconic Matthew got to know him as the very human Matt.

A revisionist history, a falsification of the record about your son’s murder, has been cropping up. You
address it in your book. It was also exposed by the theatrical journalism of the Tectonic Theatre artists, whose The Laramie Project: 10 Years Later, An Epilogue—a play they researched in Laramie and wrote—was read publicly at more than 150 theaters simultaneously in October.

There has been a movement to change what happened to Matt into not a hate crime, but to make it into something like a robbery and/or a drug deal gone wrong, which is really confusing to me, because all you have to do is go back to the trial transcript, and you can see by both boys’ confessions that it was far more than that.

They admitted to pretending to be gay. How I read it is that these guys actually lured him into that situation, and donned a gay facade to manipulate him.

That’s exactly right. They singled him out, because they assumed he was gay, and that’s how they befriended him, and for anyone to think that they did anything different, especially when the two boys said that that’s what they did, just seems so goofy to me.

Are you finding that people in Laramie are speaking up about this falsification, this revisionist history?

The University of Wyoming produced one of the productions of The Laramie Project: 10 Years Later, and it’s created quite an amount of discussion within the City of Laramie.

I find it ironic when so many who oppose hate-crimes legislation will scream “terrorist!,” and jump the gun to strip the rights of anyone suspected of terrorism on paltry evidence, even though they’ll complain that hate-crimes efforts try to read the mind of the perpetrator. Yet, that’s exactly what the ones who scream terrorist are trying to do. However, I would say they more often than not tend to misread the mind of the ones they suspect to be terrorists.

I think that’s true. You never hear them talk about wanting to repeal the hate-crimes legislation that already exists protecting race and religion.

How did Matthew’s rape in Morocco, which you address in the book, shake his confidence?

I think it’s the same for any victim of sexual assault. They lose confidence in their own being. Their self-esteem is damaged, often beyond repair. And there’s a large amount of guilt. I think Matt blamed himself for allowing that to happen.

Of course, as we know, there’s nothing he could have done to stop it. The men jumped him.

Sure, but I think the guilt is a natural reaction. You just think there’s something you did or didn’t do to stop that. But I think every rape victim goes through that.

So many movies, video games, etc. have come to be drenched with violence. We now have so many images of callous machismo—weaponry, action, destruction, rather than dialogue. Your thoughts on the saturation of violence.

I think it’s the media, because the day Matt was killed, what we kept saying was if it bleeds, it leads. I think that we just talk about it so much that it becomes part of our everyday psyche, and we are no longer shocked when it happens on individual levels. Mass levels, of course, but on individual levels, I think our society has become so jaded about violence, emotional and physical, that we pretty much just don’t pay attention anymore.

Your husband, Dennis, had to wear a bulletproof vest to Matt’s memorial service. And there was the emotional violence of Fred Phelps’s clan of the Westboro Baptist Church, chanting hateful, evil things about Matt so loudly that the sound of it carried into the Episcopal Church where the service was being held.

That was quite unexpected. We did it [the vest] at the request of the police in Casper. They were concerned about the haters, for lack of a better word, trying to make a statement. Of course, nothing happened.

You mention Catholic-sponsored actions against the death penalty outside the trial of Aaron McKinney possibly influencing the jury. The Mormon Church orchestrated opposition last year to Prop 8. Catholic bishops were consulted about the recent House health care bill. You are a Christian yourself, an Episcopalian, but what are your thoughts on religious intrusion into political affairs?

They certainly have the right to express their personal opinion, but to bring church doctrine or their congregations along with them—to me, it’s a violation of what we hold dear: the separation of church and state. I think the evangelical movement in general has, or had then, created an atmosphere that made it seem OK to marginalize the gay community. I think there’s a large part of that still happening. Conservative politicians and the religious right wing—I think they influence the people that look to them for guidance. I think that’s kind of sad.

A lot of parents of GLBT kids, who seem to accept their kids, don’t really take a public stand for them. Even when Matt was alive, it seems like you took a stand for him, as you still do.

I think their most important role is to be there for their children in their own family ranks—to support their kids­—and among their friends. Any kind of situation where you can further knowledge about the gay community is invaluable, and as parents, we are in social situations all the time where we have the opportunity to address people’s prejudice or ignorance about the GLBT community. That’s what we should be doing. Making it personal makes it real, and changes people’s minds. I’m only this public because I was thrust into it, but if this had not happened, I would have been involved as a mom at PFLAG. It is very important for friends and family to talk about their gay family members in a very educational, positive way.

World AIDS Day is coming up on December 1. In your book, you write that you found out about Matt’s HIV status after he’d been beaten so brutally. The HIV status then seemed comparatively minor. What are your thoughts on HIV/AIDS?

I’m concerned that young people can think that, because there’s treatment, there’s a cure or even a prevention, and that they’re now practicing unsafe sex again. The [infection] numbers are on the rise, and that concerns me greatly.

You formed the Matthew Shepard Foundation within two months of his murder. You came to a quick resolve.

We’ve created a website at www.matthewsplace.com, which addresses young people between the age of 12 and 20. It’s a resource list of places that are safe to help gay kids or kids at risk in general. We try to be very positive, very encouraging about their futures being safe and discrimination-free. We do education projects; produce and publish our own educational programs; and do lectures for schools. It’s about keeping the dialogue going.